Cleantech and renewable energy: two reasons to be positive in 2021. 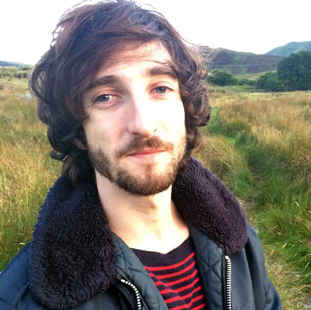 With the cost of technologies enabling renewable energy generation plummeting rapidly, the government committing to end domestic coal power generation by 2025, a government plan to power all UK homes with wind by 2030 in place, and a legally binding target of net-zero emissions by 2050 passed into law in 2019, renewable energy has the UK's power sector moving in an encouraging direction.

What is clean technology?

Green – or clean – technology is much vaunted as the most important step humanity can take in the next decade. With the majority of the world (with the exception of a notable few) accepting that something needs to be done to protect the environment from man-made pollutants, clean technology is becoming ever more prevalent. Cleantech is a broad term that generally refers to companies and technologies working to improve environmental sustainability, and can also be used to refer to renewable energy sources.

Why invest in clean technology?

Cleantech is at a stage where it is now offering a viable alternative in many fields. Logically, if the technology is more efficient and affordable, it will be taken on by a greater number of users. This, alongside an increasing number of governmental schemes to decrease emissions, landfill and waste, is the driving force behind the trend to invest in clean technologies.

On top of this, according to Forbes, there is a much more robust “capital ecosystem” in place now, in 2021, that wasn’t around in the earlier days of cleantech investing, which is better able to meet the varied needs of innovators in this sector. Additionally, many of the potential acquirers of clean tech companies are much more serious now than previously, and major players are undergoing significant strategy realignments to focus on alternatives.

Syndicate Room’s portfolio includes several companies developing some truly compelling clean technologies, from Anaphite, which is working to facilitate the incorporation of graphene into materials, particularly battery materials, to Hexigone, which is developing sustainable corrosion inhibitors.

What is renewable energy?

Simply put, renewable energy comes from a source that is not depleted when used, such as wind, solar power, hydropower, geothermal heat, biomass energy and so on.

As SmartestEnergy's Energy Entrepreneurs 2019 report highlights, the transition to renewables is already well under way, with investors funnelling money into wind, solar and hydropower, as well as technologies such as battery storage, anaerobic digestion and green gas, over recent years.

Between 2012 and 2018, the independent renewable energy generation sector saw remarkable expansion, bringing a 4.7GW capacity up to an incredible 14.1GW, with 329MW of that added during 2018 alone.[2]

Why invest in renewable energy?

As well as the obvious reason of creating a cleaner, more sustainable avenue of energy generation for the future, the fact that governments all over the world are setting targets and dedicating funding to renewable energy production means that this sector will continue to grow. Goldman Sachs stated in 2020 that they expected spending for renewable power projects to become the largest area of energy spending in 2021, outstripping oil and gas for the first time in history. It added that the clean energy sector was expected to reach a $16 trillion investment volume through 2030.[3]

Noteworthy renewable exits are increasingly common: New Zealand's Tilt Renewables Ltd announced in March that it would be acquired for NZ$2.94 billion ($2.10 billion), sending its shares to an all-time high.

At SyndicateRoom, our investors have helped numerous renewable energy companies reach their funding target, investing on the same conditions as the lead investor. We continue to source environmentally advantageous investment opportunities, as many of our investors are keen to help fund projects which will help see a brighter future for our planet.

Recent campaigns that successfully funded include Powervault, which is developing storage systems for solar energy and affordable electricity from the grid, and Zeigo, a climate-tech platform that allows businesses to quickly, easily and cost effectively source clean energy.

In support of #EarthDay on 22 April, we'll be posting interviews with some of our cleantech founders throughout the week, so keep an eye on our social channels.

Find out about the future of cleantech from the CEO of Powervault, a creator of smart home energy storage devices, and why investment is vital to the health of the industry.

Hear Zeigo founder Juan Pablo Cerdo's thoughts on the future of cleantech and how vital investment is to the success of the industry.

See the fund's investments for March 2021