The world premiere of the latest hit British comedy took place on 24th May 2018 at Wembley Stadium, where the real life Bromley FC had played just the previous Sunday. 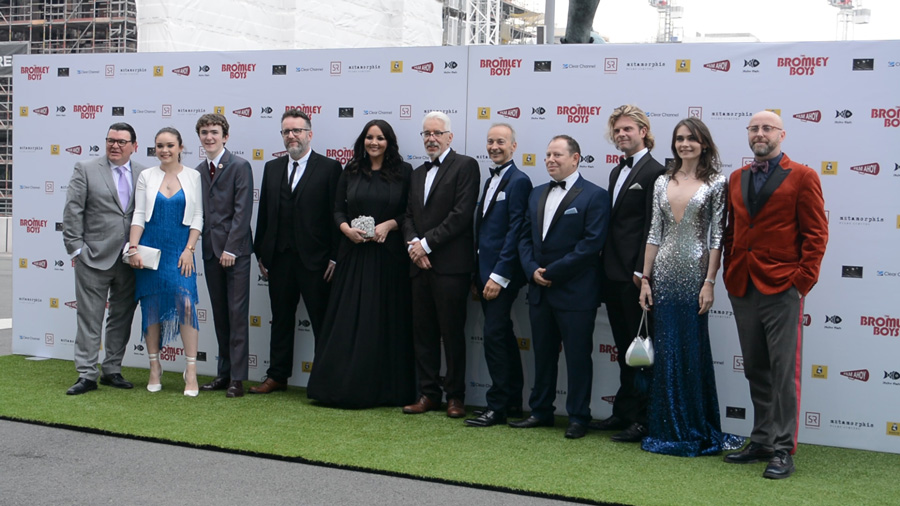 The cast of The Bromley Boys is headed up by Brenock O’Connor (Game of Thrones) as Dave, a young boy whose obsession with Bromley FC (and flights of fancy) leads him to wade out far out of his depth. Brenock is joined by Savannah Baker who plays Ruby, Dave’s love interest and daughter of Bromley FC’s Chairman, played by Jamie Foreman (Layer Cake, Inkheart, EastEnders). Meanwhile, Alan Davies and Martine McCutcheon join the cast as Dave’s parents.

We were lucky enough to attend the star-studded premiere and speak with some of the cast, screenwriter Warren Dudley and Producer TJ Herbert, who has a special message for the SyndicateRoom investors who helped make this film happen.

It was a truly celebratory evening that packed out Wembley’s screening room with black-tie celebrities, investors and well wishers. One thing that truly came across was how much the stars clearly loved working on the project.

‘For me, the most important factor in taking on any film or TV role is the script – I have to love it. I’ve now seen the finished film and did absolutely love it,’ said Martine McCutcheon, who plays Dave’s mum.

‘It’s a beautiful heart-warming story – very funny and with a great period soundtrack too. We need more British films like this.’

The Bromley Boys is now screening at select cinemas across the country and will be released on all main formats in the lead up to the World Cup.