Investing with the Dragons: statistics and success stories

Together, the current Dragons are worth over £800m with Peter Jones and Duncan Bannatyne being worth over £677m together.

If you ever thought that Dragons (or Business Angels) invest absurd amounts of money, think again. The largest single investment by all Dragons has been £250,000 by Theo Pathitis followed by three £200,000 investments by other Dragons. Whilst their wealth would allow them to invest far more, they are highly sophisticated investors that strictly follow the rule of diversification, investing smaller amounts into more opportunities rather than large amounts in fewer opportunities. This rule should be followed by any investor, small or large and this is why Business Angels are happy to bring a crowd along with them to invest in the very same deals. It allows them and the crowd to diversify easily.

Peter Jones is by far the most prolific Dragon with 49 different investments through Dragons' Den alone and with some notable successes such as the Reggae Reggae sauce pitched by Levi Roots. In fact, Levi Roots is a great example of the benefit of taking investment from the right Business Angels makes. At his appearance on Dragons' Den, Levi failed spectacularly at answering any questions related to numbers. However two Dragons, Peter Jones and Richard Farleigh, not only saw the potential of the business but also saw how much Levi needed help and guidance to make it work. They invested £50,000 for 40% of the business. Levi Roots is now worth a reportedly £30m. The network of contacts of the Dragons helped Reggae Reggae sauce to go on sale on many of the UK supermarkets and restaurants, turning it into the huge success story that it is today.

It's too late for you to invest with the Dragons in Reggae Reggae sauce but now you can invest in other deals with Business Angels (known by Dragons in Dragons' Den) by joining SyndicateRoom.

SMARTA has just published an infographic on Dragons' Den.

EBAN: 7 things you think you know about business angels 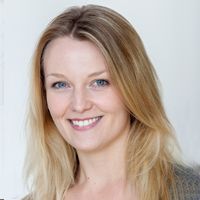 Bubble and Balm went bust: so what?