Entrepreneurial investment – let’s get this show on the road!

This week I attended a very interesting roundtable at the Big Innovation Centre; not least because we were lucky enough to hear from influential economist Will Hutton.

Hutton had, fortuitously perhaps, just come from a breakfast meeting with the new Governor of the Bank of England, Mark Carney, and he set the scene for our discussion about entrepreneurial investment by talking about the role that the Bank of England has to play.

Where have we come from?

Hutton began by taking us back to Britain’s industrial past; while we have ‘clusters’, ‘hubs’ or ‘verticals’ of enterprise now, back then we had industrial districts. Those districts used to learn from each other and co-created geographical markets for their goods. People knew, for instance, that they could go to Sheffield if they were looking for cutlery.

Banks were also part of these ecosystems. They knew their industries well, and provided a steady flow of finance. That was until two banks – one in Glasgow, one in South Wales – got into a spot of trouble. The Bank of England refused to help with their liquidity problems.

The upshot was that the other banks got nervous, believing that the Bank of England wouldn’t support them in times of need either, and withdrew their support for enterprise. Germany, Hutton asserts, did the opposite, and is now reaping the rewards.

Where are we now? 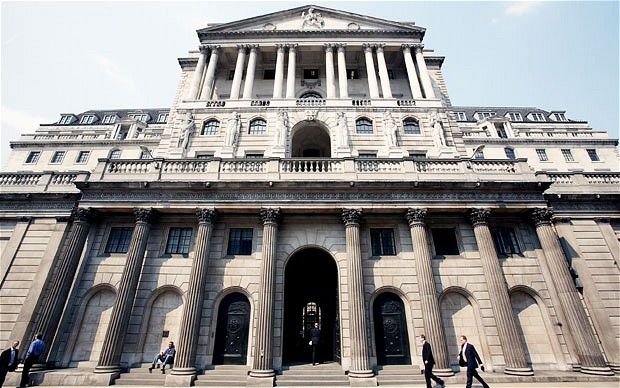 In October last year, Mark Carney declared that the Bank of England was ‘open for business’. The ‘new’ Bank of England would, Carney said, boost the availability of finance for banks, it would offer money for longer periods, and it would widen the range of assets accepted as collateral.

But what does that really mean in terms of finance for the startup and SME community? Figures show that the amount of money being loaned to SMEs by the country’s biggest banks – including those that (for the most part) are under public ownership – remains stubbornly low.

Where are we going?

Hutton believes that the Bank of England now has a new job: it has to be reinvented, refreshed, to sustain the recovery. Carney has acknowledged as much too. Hutton is relatively confident that should a situation arise now where enterprise-funding banks need support, the Bank of England won’t stand by and watch them flounder again.

So where does crowdfunding come in?

It has been suggested that SyndicateRoom’s logo bears a striking resemblance to that of Superman. #Justsaying.

If crowdfunders can collaborate with business angels, VCs and the financial sector, we can surely get this show on the road! There are six and a half million people who have received financial advice from banks and pension companies in the past five years, all with money to invest. But a large proportion of this wealth has been sitting dormant in savings accounts gathering dust and little else. As Julia Groves, Chair of the UK Crowdfunding Association, asserts, crowdfunding has the game-changing ability to ‘move our money into the real economy’.

And with the news that the government is looking into how crowdfunding could flow into ISAs, we’re well on our way!

Just don't do it: Why Ali Ahmed should reconsider his perspective on crowdfunding

What is the role of crowdfunding in healthcare?