Tim Coutts is the Co-founder of Redecol, a startup aiming to help millions of people gain control over their asthma. The company is currently raising funds on SyndicateRoom.

Asthma is a chronic disease with more than 330 million sufferers worldwide and a quarter of a million deaths every year. There are 5.4 million asthma sufferers in the UK alone.

Every ten seconds someone in the UK is having an asthma attack so severe as to be potentially life threatening. The cost of asthma to the NHS is estimated at over £1.1bn per year, with a further estimated cost of £6bn pounds to the UK economy. More than 270 people are admitted to hospital each day because of asthma attacks.

Asthma is controlled by increasing medication usage as the condition begins to get worse, but the Annual Asthma Survey 2016 shows that around 82% of sufferers say their asthma is poorly controlled, while nearly half say their asthma interferes with their day-to-day life.

There are two main techniques people can use to monitor their asthma:

Tim Coutts co-founded Redecol after witnessing the real unmet need that exists in the space of asthma monitoring, and the lack of progress being made to address this need.

Redecol uses patented sensor technology to develop a unique asthma monitoring tool which does not require a forced breathing technique. Through linking the easy-to-use tool with a mobile phone app, Redecol believes it will enable people with asthma to better control their condition, easily tracking and sharing their results with their healthcare provider to get treatment when they need it.

Further to earning a degree in Economics at Manchester Metropolitan University, Tim has worked in the life-science sector for more than 28 years in a variety of roles up to VP level. He has held senior positions in companies including Boston Scientific, a worldwide developer, manufacturer and marketer of medical devices; Medical Imaging Technologies, a best-in-class medical imaging equipment and support provider; and Tyco Healthcare (now Covidien), a global manufacturer of medical devices and supplies. 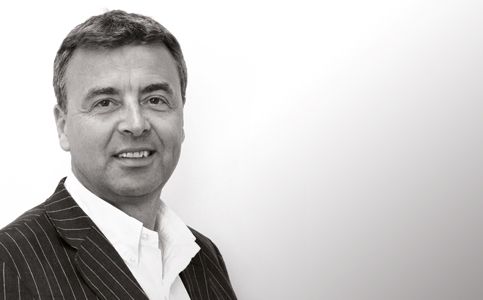 Meet Tim Coutts, the CEO and Co-founder of Redecol.

SR: Why did you choose to focus on asthma?

Tim: The real unmet need that exists in asthma monitoring, and the lack of progress being made to address this. We formed Redecol to get totally focused with our technology in the asthma space, which we will follow into COPD.


Why did you choose to work in healthcare?

Put simply, the life sciences sector offers two things I am passionate about. One is the opportunity to work with businesses developing technology that directly impacts on people’s lives. The other is people – or more specifically, the sort of people our sector attracts. Everyone I work with shares my passion for making a difference. It’s never ‘just a job’ in life sciences!


How would you describe your office culture, and what do you look for when hiring?

Office culture (we are a small team!) is passionate, committed and dynamic. In hiring, I look for people who have the skill-set for the role, can think and act outside of the box, are genuine team players/contributors, and have strong EQ, not just IQ. Then, above all, passion and enthusiasm for what they do! 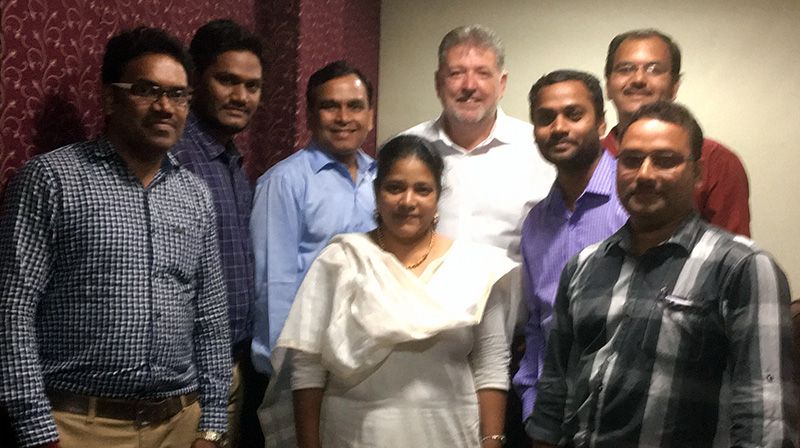 Being an entrepreneur is no easy life and requires you to tackle new challenges on a daily basis. What helps you day-to-day and motivates you to keep going?

I also genuinely relish the challenge of the new. As an entrepreneur, you necessarily wear many hats, and you can’t at the onset be an expert in all of them, so you have to be adaptable, a fast learner, a problem solver.

I’ve found you rely even more on learning from other people as an entrepreneur, and the real skill is to figure out who to work with/who will really help you – there are many blind alleys!


What is the best piece of entrepreneurial advice you’ve ever received, and what’s the best you’ve given?

Advice received was that you have to be a risk-taker, and to back yourself (99% of people you meet are not risk-takers!). Advice I’ve given – keep telling your story, and go for it!


Success is wonderful, but failure builds character. What mistakes have you learned from in your journey to establish Redecol?

First off, you need to start the fundraising process much earlier than you would expect. Timelines are even more critical in the SME/fundraising world, and even the fastest, most on-time raises often wind up taking longer than planned. Bear in mind that shareholders are a key part in getting an early-stage company off the ground. They're often supportive and want to develop and grow the company. Time spent recruiting these often pays dividends

Secondly, in developing a product from concept to launch, everything is important, but it’s the sequencing of what to do first, and what can be done later, that you have to learn. As a startup, you just can’t do everything at once.

Thirdly, you have to take risks – not with lives, and not per se with people’s money, but you have to make decisions before you have 100% of the information, otherwise you will lose too much time. If it’s the right decision, then you’ll reap the rewards; if it’s the wrong decision, then at least you’ll get through it and, hopefully, learn from it faster. One bad decision will rarely lead to the end of the line for the company, but if you never take the risk, you will fail. A good way someone once put it to me was if you wait until every traffic light turns green before leaving the house, you’ll never make it through the front door.


What is the greatest contribution you’ve had from an investor – cash, contacts, advice or something else?

In my experience with a number of investors, I’ve found that it’s not just about the money, it’s about having the right investor, whether it’s an individual or a corporation, who truly buys into you and what you are doing. These people are invaluable not only in themselves, but in those who they’ll introduce you to, their networks. I’ve had several notable introductions to other investors of real worth, from current investors, and for any entrepreneur this is gold dust.


What are you most proud of, professionally or otherwise?

Always, the people I have helped advance in their careers. Recognising talent, helping develop it to work with what you’re trying to build, but also giving people a platform to advance their own skills and career. It’s very rare that someone is in their last job ever.


Do you have any major hobbies? How do these tie in to your professional life?

Sport – as a player and a coach. I’m a keen golfer, skier and racket ball player (as well as an admittedly reluctant gym member). This ties in to my work in that you do need to be fit and active to be able to handle the pressures of entrepreneurship, stay energetic, exercise self-discipline and persistence.

But the real synergy is always around the team – working, playing, learning, losing and winning together. It builds in the sort of camaraderie of character you simply can’t nurture elsewhere.


What is your vision for Redecol’s future?

Helping millions of people to control their asthma.

What do investors look for in an investment opportunity?