Thank you to everyone that joined us in person and online for Nick Ogden’s talk last week; truly it was a night to remember. For those of you wishing to listen to the talks again and take notes, we’ve made the recording of the evening available below.

The future of fintech

SyndicateRoom was proud to have partnered with Master Investor, City A.M., AngelNews and GBI Magazine to bring you a discussion on the future of fintech, presented by keynote speaker Nick Ogden.

Nick is one of the world’s most visionary and successful entrepreneurs, defining fintech before the word was coined. Having founded both WorldPay (merged with Vantiv in a £9.1bn deal) and ClearBank (first clearing bank in UK for 250 years), Nick is arguably at the centre of the upcoming shakeup. 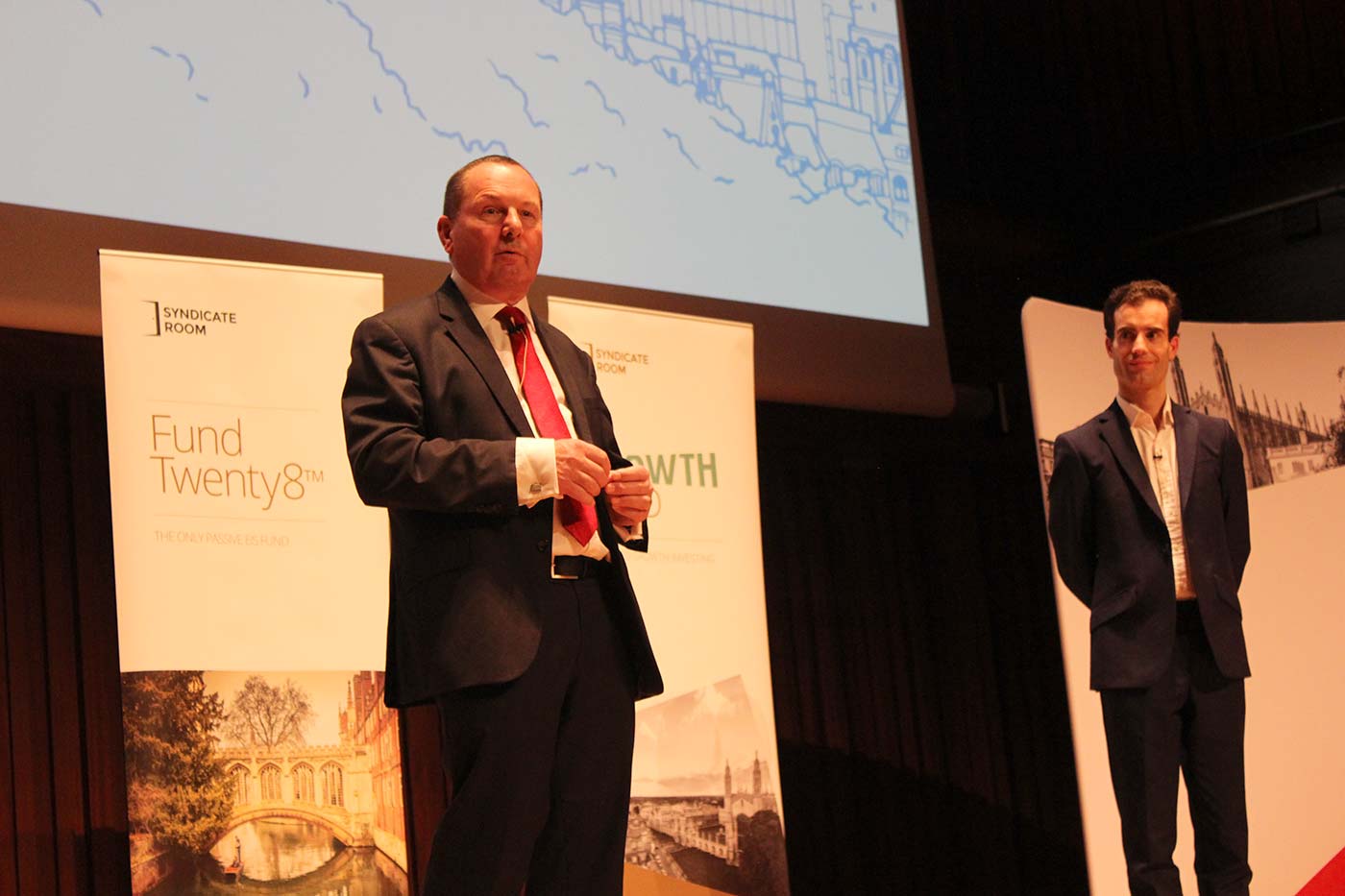 Nick Ogden and Gonçalo de Vasconcelos on stage at The Future of Fintech.

SyndicateRoom CEO Gonçalo de Vasconcelos, CIO James Sore and Head of Capital Markets Francesca O’Brien also took to the stage to speak about how SyndicateRoom is revolutionising the EIS fund industry by using its platform to create a new generation of data-driven funds.

The discussion is particularly salient as we approach tax-year end, with SyndicateRoom announcing the final call to invest in their own hugely innovative EIS funds (which are, you guessed it, data-driven).

2017 review: A year of Fake News and some Truth