How do UK investors feel about Brexit?

The vote to Leave the EU in June of last year stirred deep and deeply varying sentiment across the UK and beyond.

The result was close and, whether or not you cheered for the winning team, there’s no denying what came next disrupted the status quo. The outcome added kindling to the debate, and many people and businesses clutched their finances close to their chests, waiting to see what happened next.

As days and weeks passed, the shockwaves triggered on Friday 24 June refused to peter out; it was clear we were entering a period of great uncertainty.

The vote to Leave and the investor community

So what does that say for post-Brexit investments? We commissioned research to find out and not only were the results interesting, but for British businesses they hint at bluer skies beyond the horizon.

Our study analysed sentiment and expectations of more than 1,000 retail investors in response to the result of the EU Referendum in June. It revealed that, despite Brexit spelling continued uncertainty and potential volatility, younger investors actually expect to invest more in the 12 months ahead. And what’s even better, the majority of these funds look set to stay within the UK.

Here’s what we found.

Investors expect to back more companies in 2017 irrespective of Brexit. Despite more than half (54%) voting to Remain, more than one-quarter (28%) of the UK’s retail investors say they are now more likely to invest following the June referendum vote, compared to 17% of investors who say they are now less likely to do so.

Equity markets offer the most appealing asset class for investment post Brexit vote. Following the vote to Leave, UK investors still find equities the most attractive asset class for further investment, ahead of bonds, commodities and other less liquid assets. A noteworthy 56% of investors opted for equities as the best bet – more than double the amount of investors siding with bonds (22%). This is again true for younger investors, with more than half (52%) of those aged 18–30 putting equities top of their list.

Investors remain confident in backing UK business. Not only are investors expecting to deploy more funds following the Brexit vote, but they are now more determined than ever to invest in UK assets. Of the additional capital investors plan to commit in 2017, an overwhelming 70% is expected to be within Britain.

We have so much to be proud of in the UK. Innovation, market-leading technology and top talent – whether homegrown or attracted from overseas – are what’s behind great British businesses. The country’s vote to Leave does not change this and it’s fantastic to see these values supported by investors.

Together, we can build a vibrant economy. For our part, SyndicateRoom will continue to make sure investors get access to the best opportunities.

Traditional banks: Too big to fail or too slow to move? 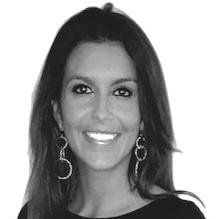