2017 review: A year of Fake News and some Truth

I can’t believe the year has come to an end and I’m still pretending it’s quarter three. Every year is a whirlwind when you work for a young company, but somehow the accelerator on 2017 got stuck and we’ve not slowed down since I wrote the review for 2016. Nothing has changed, but everything has changed as well. Running through the year quarter by quarter seems to do it a disservice since it was one immense, ongoing effort, however, to give this post some structure, that’s exactly what I’ve done.

Before going into the details, I’d like to highlight a few points for those without the time to read the full of it. First, in September we hit year four of being fully operational. While the team has grown from just Gonçalo and me to 35 incredible individuals, only a few of those 35 were hired this year. Therefore, the achievements of 2017 cannot be put down to having additional resources; rather, they come from the increasing trust of the brand, values that are ingrained in everything we do, and from the incredible effort of each and every member of our team, who constantly find more efficient ways of doing their work, improving on what we have while adding new value to our customer proposition.

To the team, I want to say that I’m inspired by you every day. Thank you for tackling all the stress head on. We would be nothing without your effort, your smiles, and your constant innovations.

Quarter one: Fund is coming

People often talk about having a good product–market fit, but the flipside of this is less discussed. What do you do when you’ve got a large number of interested people signed up to your service, but the product–market fit for them is not quite right? Well, you work with them to find a version of your product that fits them better. For us, that came in the form of Fund Twenty8, our first venture fund.

In quarter one we started to properly raise for Fund Twenty8. This including attending events, such as the wonderful Master Investor Show, as well as putting on our own: An Evening with Sherry Coutu. More than 700 people turned up to listen to Sherry discuss the struggles of scaling a business. (You can watch a recording of Sherry’s talk here. Additionally, if you want more insights into scaling up a business, I highly recommend listening to Reid Hoffman’s Masters of Scale podcast.)

At the same time, we published a report titled Tax-Efficient Investing in a Digital World, which is a must read for anyone just getting started with SEIS and EIS investments.

All that effort paid off: we closed Q1 having raised £4.5m for Fund Twenty8 and were named Alt-Fi’s Alternative Finance Platform of the Year. The year was off to a great start. 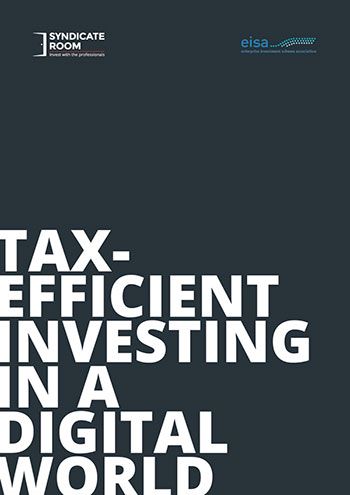 Tax-efficient investing in a digital world

I mentioned in my summary that we didn’t add much in the way of resources to our team, instead focusing on providing a better customer service with the resources we already had. Some of this manifested itself with the release of our updated investor dashboard, which gave members a better view of their investments in addition to laying the groundwork for developments to be discussed in Q3 and Q4.

More importantly though, we started to provide customers with additional ways of speaking with the companies in which they were considering investing. While most of our investors are comfortable investing based purely on a company’s written pitch, some want to speak with the founders directly before deciding whether or not the investment is a good fit for them. To address this, we launched our company webinars, each around 30 minutes long and providing the opportunity for Q&A. The modern equivalent of a conference call has proved a hit with our investors; every company that lists with us now conducts at least one webinar during its raise.

In quarter two we also started beta testing our boutique introduction service, SR Connect. A number of very interesting companies raising larger rounds are looking for institutional investors to complement our platform raises. Some of these companies have previously raised through our platform and are in talks of follow-on, Series B and greater levels of investment. While our platform is awesome, for these stages of raise it made sense to partner with some of the leading institutions and be able to offer companies access to them. Since launch SR Connect has been a game-changer and we look forward to expanding it in 2018.

A lot of milestones were achieved in Q3 of this year. Shortly after celebrating our 4th launch anniversary we surpassed the £100m facilitated through the platform Quite an achievement for a company that year one just squeezed past the £10m barrier. While we may not have hit £100m as quickly as other platforms, or in fact some single Initial Coin Offerings, we’ve built the company on a set of principles that we believe will last a long time. Shortcuts have presented themselves along the way but we’ve politely declined.

In line with the concept of giving our investors more ways to communicate with companies, in Q3 we implemented SR Live, a fortnightly pitching event that can be attended in person or online, giving investors far and wide the chance to grill entrepreneurs live on air. This was hugely successful, with each evening generating views in the thousands.

Wow, I still can’t believe 2017 is over. Concluding the year in review and reflecting on Q4, a number of the things we delivered in the quarter were started long before. Q2’s investor dashboard laid the foundation for our Request for Help functionality. In essence, this allows entrepreneurs to send targeted requests to their investor network in a way that ensures helpful responses. These Requests for Help have been used for everything from introductions to suppliers, to recruitment. Given the success we’ve seen with this function already, rest assured we’ll be building many more tools for entrepreneur–investor interaction in the new year.

Additionally, we released The Due Diligence Guide for Investors in collaboration with Rob Murray Brown. Rob gets some stick from platforms and those in the industry because he’s relentless in pointing out the flaws in the system and highlighting where companies have either hidden information or consciously misled. But Rob’s aim is not to take the industry down. Quite the contrary, he wants it to thrive and knows more can be done to ensure investors don’t unknowingly fall into any traps. I commend him for his efforts; we’ve had a number of conversations and while we don’t agree on everything, I respect his opinion immensely.

Closing out quarter four, we collaborated with Beauhurst to launch our report, Top 100: Britain’s Fastest-Growing Businesses. British tech doesn’t always get the credit it deserves, so the little we can do to show people how much is being done and how much value is being created by UK tech companies is worth the effort. At the same time, the report highlights that despite a lot of successes, British scale-ups still have a ways to go, particularly when it comes to gender diversity.

That’s it, SyndicateRoom’s highlights of 2017. Oh, and on top of all of that, we helped fund 100% more companies than last year. Not bad for a year’s work.