The Bromley Boys: One year on

In a time when Hollywood is preoccupied with flashy portrayals of dystopian futures and a seemingly endless regurgitation of old franchises, The Bromley Boys is a refreshing return to the joy and heartbreak of ordinary life.

This time last year, a small UK-based film production company, Itchy Fish Film, closed its SyndicateRoom funding round, which helped it secure nearly £500,000 to produce its latest labour of love: The Bromley Boys, ‘a heartwarming film about the worst football team in Britain’. One year on, I was fortunate enough to see the finished product. 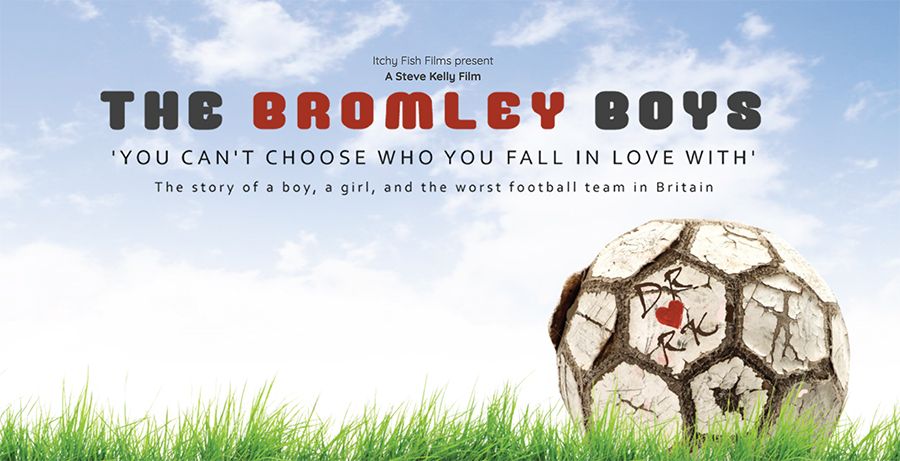 Earlier this month, I joined Producer TJ Herbert, Director Steve Kelly and screenplay writer Warren Dudley for a preview viewing of the film, organised in a small cluster of screening rooms in London’s Soho. The rest of the audience was comprised of industry representatives, from distribution companies to music execs, eager to see what Itchy Fish had to offer.

Thirty minutes before the screening, we got the opportunity to film a quick catch-up with TJ and Steve; here they are as interviewed by Oli Hammond, SyndicateRoom’s investment associate for all things film, commerce and social impact.

The film is a funny yet touching coming-of-age football memoir played out to the sights and sounds of late-60s/early-70s Britain. Adapted from the acclaimed autobiographical novel (full title, The Bromley Boys: The True Story of Supporting the Worst Football Team in Britain) by Dave Roberts, it recounts the author’s highs and lows supporting his beloved Bromley FC through their worst-ever season.

At least, that’s what it is on paper. On screen, it’s a far simpler yet far more honest celebration of identity as informed by the things we choose to love – something that, in the UK at least, more often than not centres around ‘the beautiful game’. It’s a love story between a boy and the one thing he’s thrown his entire affection into – which in this case happens to be the absolute worst football team in Britain.

Brenock O’Connor (Oli in Game of Thrones) is inevitably lovable as the scampish protagonist David Roberts, precocious and consistently wading out beyond his depths, while Alan Davies and Martine McCutcheon join the cast as David’s parents. With things just about polished, here are a few words from TJ on what’s to come next for the film.

As the credits roll and the lights come up, I can’t help but feel immeasurably pleased for TJ and his team; they’ve done a great job, if the reactions of the audience and the warm, fuzzy feeling inside my chest are anything to go by.

The Bromley Boys is a lighthearted, funny and genuinely heartwarming film, and I’m proud that SyndicateRoom had a hand in helping it happen. Filmed in 1970s style, complete with contemporary music, questionable fashion choices and some truly beautifully composed shots, The Bromley Boys is simply a pleasure from beginning to end.

Sure, by blockbuster standards, the stakes in the story are set pretty low – there’s no life-or-death standoff, no ‘chosen one’ upon whom falls the fate of an entire galaxy. Instead, what we’re given is a far more intimate crisis of a small community in Kent. It’s quite possibly the least pretentious film you’ll see all year.

More than anything, The Bromley Boys celebrates a supremely loyal, personal and enduring form of love. And I say this as someone who really does not like football.

For updates, be sure to follow The Bromley Boys Film on Facebook and register to receive the SyndicateRoom newsletter.

From the founders: Tips for aspiring entrepreneurs