The rise of the mid-calorie beverage and craft soda makers 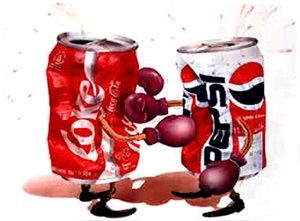 Though global sales are up, soda sales in the US have been on a steady decline since 2005 as health-conscious consumers, spurred on by a rise in diabetes and obesity, are shunning soda for water and other beverages. What’s more, sales of diet soda, the logical alternative, have actually decreased at a faster rate than regular sodas. Sales of regular coke fell nearly 2% last year in the US, compared with a sales decrease of 7.5% for diet coke.

Worryingly for the big three soda producers (The Coca-Cola Company, PepsiCo, and the Dr Pepper Snapple Group), trends set in the US tend to pave the way for what happens elsewhere. So, while sales in other large markets and new markets are on the rise, it may just be a matter of time before the healthy diet trend being witnessed in the US catches on elsewhere.

Attempts to correct the drop off in sales have not gone to plan so far, with one explanation for the more drastic decline in sales of diet soda being a movement against artificial sweeteners such as Aspartame, which is prevalent in many diet sodas. The backlash against artificial sweeteners shows no signs of slowing and the scientific reports produced by both camps are contradictory to say the least.

With consumers shunning both high-calorie sodas and the artificially sweetened diet options, drinks manufacturers are starting to develop alternatives to fill the void. Enter the mid-calorie soda and what some are dubbing the ‘new cola war’.

Is Stevia the key ingredient to winning the cola war?

In this new cola war the big players are putting their backing behind Stevia, a natural artificial sweetener that has been dubbed the ‘holy grail for the food industry’ due to its natural origins and claimed health benefits. Pepsi have launched Pepsi True (220 ml serving with 60 calories), while Coca-Cola have launched Life (330 ml serving with 89 calories); both have green branding and both are sweetened by a combination of Stevia and sugar.

While the current strain of Stevia is a good starting point, manufacturers are finding that they must mix it with other sweeteners or sugar to hide the bitter aftertaste which, given initial consumer feedback, is prevalent enough to keep sales of Life and True below expectations.

Further, there is a rising suspicion that Stevia is not all it’s cracked up to be. For starters, Stevia contains steviosides, which may irritate your stomach and cause other problems for the digestive system. Other studies have linked it to liver mutations, fertility problems, and disruptions in energy metabolism in animals.

The rise of the craft soda market

While industry leaders may be struggling to find the right answer, the craft soda industry is beginning to grow. Despite declining soda sales, small local companies are creating craft sodas using natural ingredients that specifically target health-conscious consumers. These craft soda manufacturers have an advantage in being able to produce smaller batches, gain faster feedback, and refine the blend to meet the needs of consumers.

Of late it has been noted that the craft soda industry is beginning to resemble the craft beer industry of a decade ago: small market share (craft soda only accounts for about 1% of the US market), lots of new market entrants, and a general consumer feeling of wanting something different.

Importantly, the craft brewers have succeeded. Sales of craft beer have grown nearly 100% since 2006 and now account for just over 14% of the $100 billion US beer market. 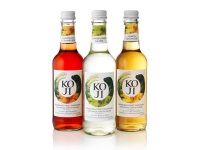 The need for something different is not just from a taste perspective but an ingredients perspective too. While the big guns are hoping Stevia is the key, the smaller guys, such as Koji beverages, are putting faith in alternative ingredients and blending methods to differentiate their product further. Koji, named after the age-old Japanese method of food production that extracts flavour from ingredients while leaving much of the sugar behind, adds no artificial flavours to its fizzy drinks, which contain only 49 calories per 330 ml serving.

Given the health-conscious consumer, it is only natural that craft soda companies are targeting the mid-calorie market and hoping to give Coca-Cola and Pepsi a run for their money. With a global market size estimated at $531.3 billion, and with sales of Coca-Cola and Pepsi – and their diet versions – continuing to decline, there is a massive opportunity for new entrants in the space to shake things up.

If you’re already a SyndicateRoom member login now, or join to find out more about our current investment opportunities.

Reg A+ gives growth companies and investors a boost

Market report: Why investors are getting into bed with travel tech companies