An evening with Sherry Coutu: A scale-up special

Sherry Coutu CBE is arguably one of the world’s most influential and best-networked people in technology and investing. Among many prestigious titles, Sherry is a Non-Executive Director of proptech giant Zoopla, London Stock Exchange and The University of Cambridge. She also serves on the Advisory Board of Linkedin.com, which was bought by Microsoft last June for $26.2bn.

After authoring The Scale-up Report, a report urging the government to help ambitious businesses scale to their full potential, she teamed up with LinkedIn Co-founder Reid Hoffman to set up and chair the ScaleUp Institute, an organisation set out to make Britain the number one destination for businesses to grow and scale. If Sherry’s vision is realised, Britain could add 150,000 jobs to the economy and £225bn to its GDP.

Most interestingly for investors, fast-growing scale-ups (like Zoopla or LinkedIn were a few years ago) make for very profitable investment opportunities.

Sherry talked about the importance of scale-ups in Britain’s economy and how to access them as investment opportunities.

David Brookes, Reading Tax Partner at BDO LLP, kicked the evening off with a short talk on EIS and tax-efficient investingin a digital world.

Originally from Canada, Sherry has called the UK home for more than 20 years, in that time becoming a prolific angel investor, philanthropist and serial entrepreneur. She’s made investments into more than 50 companies and sat on the board of major tech businesses, including Zoopla and LinkedIn.

Sherry holds an MBA from Harvard, an MSc from the London School of Economics and a BA from the University of British Columbia, Canada.

She was appointed Commander of the Order of the British Empire (CBE) for services to entrepreneurship in the New Year’s Honours List 2013. 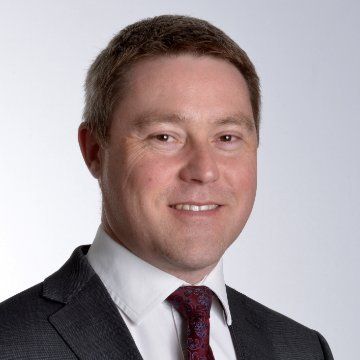 Focusing particularly on the mid-market, David acts for a number of private equity and venture capital backed businesses. David is a specialist in his field and regularly speaks at events, covering complex tax issues and changes in the tax landscape.

BDO is a global accountancy and business advisory firm that operates in 154 countries, with 64,500 people working out of 1,400 offices worldwide. Globally, BDO generates revenues of $7.3bn. In the UK, its focus is providing market leading exceptional client service delivered by empowered people. Independent research by Mid-Market Monitor shows that BDO has been the market leader for client satisfaction for the last four years running – outperforming all our major competitors. BDO's heartland is the UK’s mid-sized and ambitious businesses – a segment of the economy known as the UK mid-market, or 'Brittelstand'.

Master Investor is the UK's largest annual event for private investors. The upcoming 15th Master Investor Show on 25 March 2017 will see between 4,000 and 5,000 investors attending. Investors come to the event to meet CEOs, founders, and investor relations staff of listed and unlisted companies. The main focus of the event is 'private investors meet companies that they can invest into'. The companies presenting themselves at the event range in size from £1m to £3bn in market cap. Each year, about 50 different speakers present their investment cases to the audience. You find more information at www.masterinvestor.co.uk/show.

/ events / an evening with sherry coutu