Given the super angels' access to top-tier deals, our research suggests that investing alongside them would have yielded strong portfolio growth.

The figures in the graph below refer to simulated past performance. Past performance is not a reliable indicator of future results. 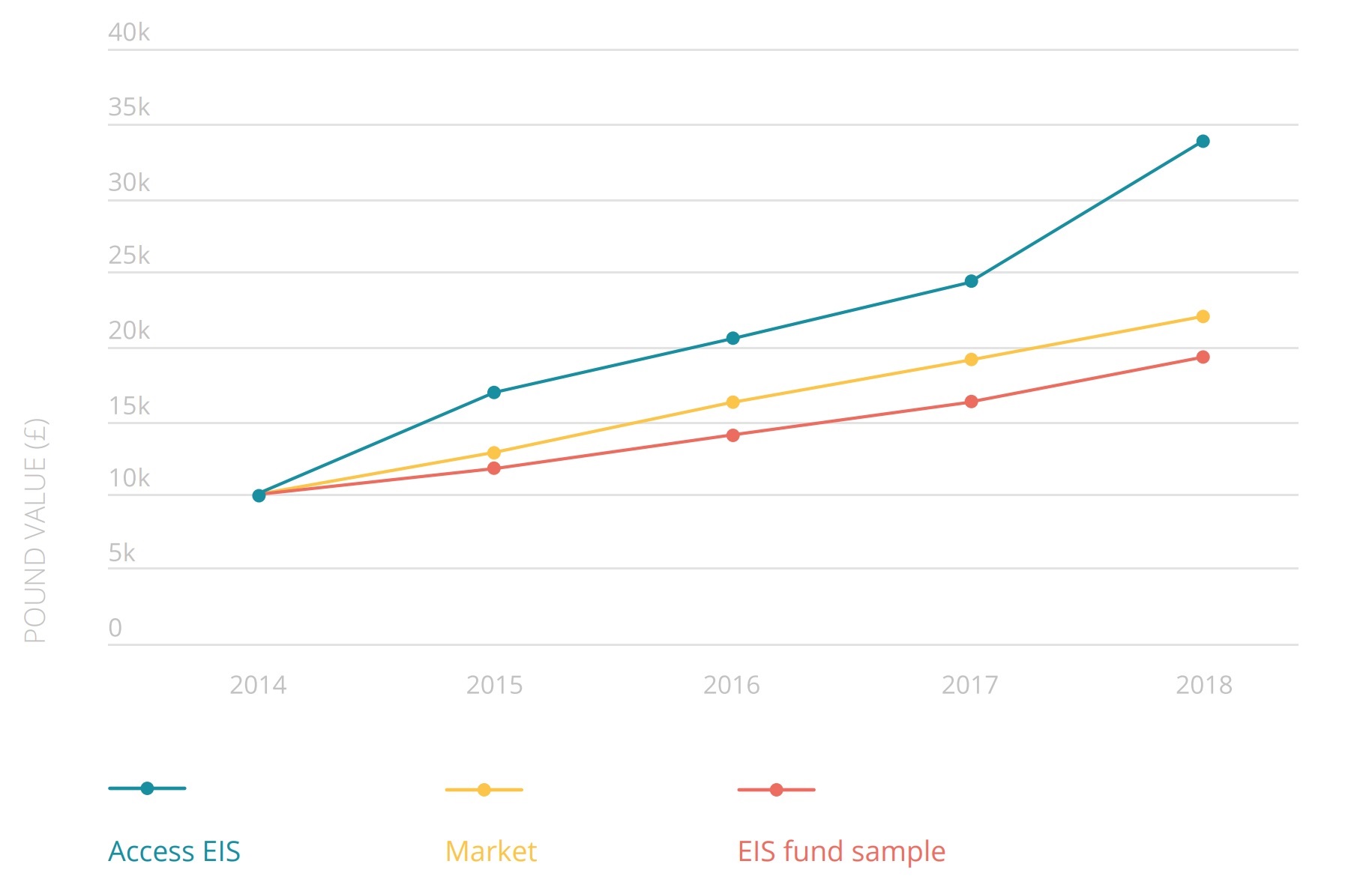 EIS funds: The performance of EIS funds is based on independent research carried out by XPM Investment Consulting in July 2019. It is based on the average value growth of the portfolios of three highly popular EIS funds between 2014 and 2019. It’s important to note that this is not measuring the performance of specific funds but rather the average growth of companies they have invested in.

Market growth: The overall market growth is the normalised growth of 1,168 startups that raised equity funding in 2014. Subsequent valuation data was calculated by taking the latest valuation at which the companies raised funding.

Access EIS: The hypothetical portfolio growth of Access EIS was arrived at by simulating a fixed-sum investment into every deal that our initial shortlist of super angels invested in during 2014 (93 angels in July 2019). It’s important to note that Access EIS is aiming to invest in 50 of the super angels’ deals and is unlikely to invest in all the deals a given super angel invests in. However, based on our calculations, a sample of 50 investments from their collective portfolios is large enough to be representative of the performance of their entire collective portfolios. Also, we’ve modelled random samples of only 20 of the super angel investors and found that they invest frequently enough - and in a diverse enough manner - to create a representative fund. The Access EIS simulation has not assumed pre-emption rights have to be taken up in subsequent funding rounds.