Success as an investor depends, in part, on being able to see the future through the fog before everyone else. And investors are even more apt to try to peer into the crystal ball when – like the rest of the world – a new year has them reflecting on past trends and preparing for events to come.

Take these two truths together and the result is a recent bumper crop of fascinating blog posts from some of the world’s smartest investors, assessing how the tech industry fared in 2015 and looking ahead to how events might unfold in 2016. Offering everything from bets on up-and-coming niches to specific calls on the trajectory of everything from Bitcoin to wearables, top angels and VCs have offered a banquet of food for thought. Here are a few themes that emerged repeatedly. 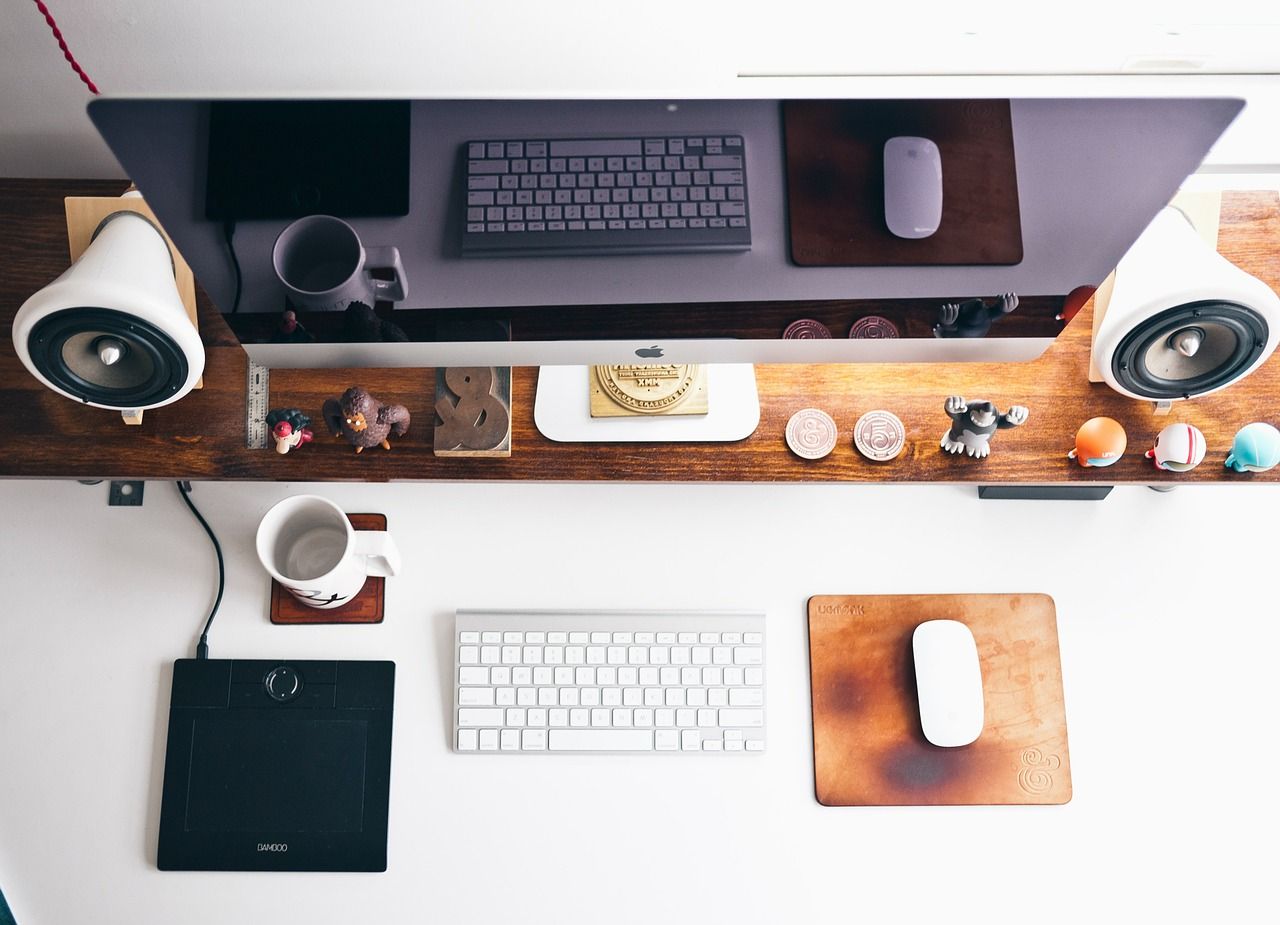 1. Tech giants will do well… except maybe Apple

Is 2016 the year tech giants like Facebook and Google finally run out of gas? Not according to Sapphire Ventures’ Maxwell Wessel.

‘The most interesting technological shifts underway  –  innovation in things like artificial intelligence, robotics, telecommunications, machine vision, quantum computing, and the like  –  are all being driven by the big technology companies with different types of leaders,’ writes Wessel. ‘Larry Page, Jeff Bezos, and Mark Zuckerberg don’t care too much about Wall Street’s expectations. They care far more about using their massive sources of cash and massive user bases to keep their businesses deploying the types of technologies that will change the world. And the amazing thing is that it’s working.’

What’s noticeable about Wessel’s observation? Perhaps the conspicuous absence of one prominent tech giant – Apple. If Wessel is less wildly optimistic about the company’s prospects in 2016, he’s not alone. ‘They did not have a great year in 2015 and I’m thinking that it will get worse in 2016,’ Union Square Ventures’ Fred Wilson says of Apple.

Nearly every VC who mentions virtual reality (and a great many of them do) is excited about the technology’s long-term prospects.

‘We’re just as excited about the futuristic technology as you are – and excited to see applications,’ gushes Converge Venture Partners’ Ash Egan. ‘Real estate – think about shopping for your next house through Oculus, or jamming to your favorite song on Rock Band 4 … with the band, or conducting Navy Seals training via VR, or healthcare applications.’

And, as Haystack’s Semil Shah adds, it’s hard to bet against a technology into which a giant like Facebook is pouring so many resources. ‘The best-run company in the world right now … has over 200 people across two buildings on campus working on all sorts of technological and ecosystem issues within virtual reality,’ he notes. ‘Some of the best VC firms in the world are pouring serious, serious money into VR infrastructure and content creation tools.’

But that doesn’t mean savvy investors think 2016 is the year VR will finally achieve liftoff. In fact, many have publicly worried that the hype will exceed the practical impact of the technology for some time yet. Wessel believes ‘that people over-estimate how many early adopters will shell out hundreds of dollars to plug a headset into a small computer and walk around their living room alone.’ Wilson agrees: ‘The technology has been so hyped and it is hard to live up to that … not everyone is going to want to put on a headset to play a game.’

So while we’re likely to see at least a few VR successes in 2016, as Wessel puts it, ‘we’ll see a bunch more corpses’ before companies find the right way to deploy the technology (headsets causing nausea and headaches remains an issue) and the right applications.

3. The chat bots are coming

The incredible growth of Slack was one of the hottest stories of 2015. ‘Slack has grown to two million daily users, which is a pretty big deal for within companies,’ writes Greylock Partner Josh Elman. ‘But if 2015 was the year of Slack, then 2016 just might be the year of Slack bots. Building Slack bots will become the next big thing in enterprise software.’

Other investors, however, are foreseeing a broader trend. Egan, for instance, sees artificial intelligence being deployed not just to power chat within Slack, but to drive a whole, more general category of chat bots in 2016. ‘We anticipate a significant increase of task specific, and personalized chat bots,’ he writes, citing a big increase in demand. ‘Artificial intelligence still has a ways to go, especially with accuracy, but in 2016 we will see a number of task specific chat bots chipping away at human adoption.’

Ed Sim of Boldstart Ventures agrees: ‘Messaging as a front end to enterprise services and data will be paramount, especially with bots easily accessing data and running queries via SMS or Slack or any other messaging services.’

4. Survival of the leanest

It’s been a heady few years for the tech industry, but the party, almost everyone feels, is coming to an end. Despite the frenzy of tech sector self-promotion, ‘the markets finally ended up disagreeing with the pace at which prices were growing … Now, people are carrying a more sober gait. VCs realize some of their best portfolio companies will have valuation adjustments or even down-rounds. Entrepreneurs are now internalizing the chilly response they got in the fall and winter and readjusting expectations for Q1 fundraises,’ explains Shah.

‘Markdown mania will hit the venture capital sector as VC firms follow Fidelity’s lead and start aggressively taking down the valuations in their portfolios,’ agrees Wilson.

But while that’s bad news for entrepreneurs who binged on easy investment during the years of plenty, it’s good news for those already running lean.

‘2016 is shaping up to be a bad year for so-called unicorns as well as for other startups that have gorged on the recent investment bubble,’ predicts serial entrepreneur Faisal Hoque.’But not all entrepreneurs have been greedily chasing investment dollars, and many have been building lean businesses, creating meaningful products, and growing organically. We’re likely to see a vindication of sorts for “lean startup” practices.’

5. The dawning of the angel ice age?

One much-discussed prediction in the area of angel investing specifically is Adam Quinton’s idea of the coming ‘angel ice age’. A combination of too many (often half-baked) startup ideas, an influx of new investors who are writing fewer cheques per capita, and a realisation among more seasoned angels that the economics of later stages deals is often not in their favor will lead to a falling off of the amount of investment available to young companies, he claims.

Quinton’s bottom line prediction: ‘A higher and more visible proportion of early stage company failures than in recent years … early stage tech companies that could have got angel funding “easily” in the past few years are going to be held to a considerably higher standard for funding in the next year and more.’

And Quinton isn’t just one gloomy outlier. What Quinton is experiencing, is ‘quite frankly what I am feeling too’, angel investor Joanne Wilson agreed on her blog. What are the consequences of this cool down? ‘The good news is over the next few years I believe we will see more companies become profitable early on without raising multiple rounds [and] founders become masters of their own destiny on many levels,’ says Wilson. ‘The con is it is difficult to really put your foot on the gas to build a huge business when you are relying on capital from annual profits.’ 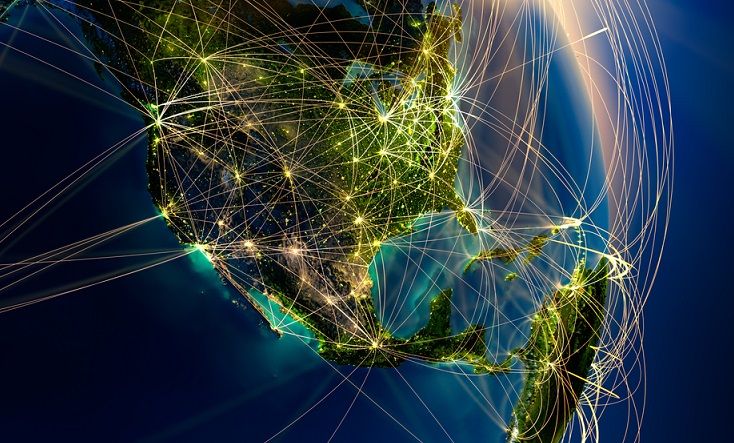 Silicon Valley may still be ground zero for building and investing in startups, but as we all know, the rest of the world is giving California a run for its money.

‘In 2011 venture-backed companies globally raised some $49 billion with North America representing 77 percent of the money raised,’ says Elizabeth ‘Beezer’ Clarkson, investor with Sapphire Ventures. ‘Up through Q3 2015, North America now represents some 61 percent. Europe has doubled the absolute amount of money venture-backed startups have raised on the continent going from $5.1 billion in 2011 to $10 billion through Q3 2105. Asia has seen large growth going from $6.3 billion in 2011 to $28.4 billion in Q3 2015. Returns are also internationalizing.’

Paula Goldman, a Senior Director at Omidyar Network, concurs: ‘The next generation of investors is more globally aware and connected, viewing investing in a fundamentally different way. 67% of Millennials see investment decisions as a way to express social, political, or environmental values versus only 36% of Baby Boomers.’ So, if this observation holds true, there’s likely to be increased interest in social impact as well as a broader geographical focus among investors.

Don’t look now, but angel investing is getting more inclusive

The 7 habits of good investing