Investing in age: Why older is better

Older consumers aren’t generally considered to be at the most interesting end of the market. Adverts for life insurance, stair lifts and sit-down baths are in stark contrast to ones pointed at whippersnappers, with lively brands playing up all the dynamic and colourful opportunities life brings.

And yet focusing on young people in the 21st century is counter-intuitive because, not to put too fine a point on it, they are all flat broke.

The latest figures from the Association of Graduate Recruiters show that the average graduate starting salary is £28,000 – a healthy wage, I hear you cry. Well, yes and no. For a start, this average salary is considered a product of ‘good times’ with recruiters zeroing in on grads and paying over the odds to snare the best ones.

But this ‘generous’ figure pales compared with the average student debt, which according to a report out this year by the Sutton Trust, stands at £44,000. The average starting salary is well over the £21,000 threshold that forces grads to start paying back student loans.

They must pay 9% of the money they earn above that level, meaning the average grad in employment has to fork out £630 a year. And at that rate they’d be debt free by 2086. Factor in rising rent, particularly in strong jobs markets like London, as well as everyday bills and the high cost of public transport, and you’re left with an awful lot of young people with not an awful lot of spare cash.

Much better then, from an investor’s point of view, to cast your eyes to the other end of the market where the baby boomers revel in relative luxury. Annuity provider Partnership released figures late last year suggesting the average UK pension pot stands at nearly £90,000 – that’s before the state pension is factored.

It’s just one reason why businesses – and the people who invest in them – should not ignore the crumbly ones. Here are five more.

Although life hasn’t always been kind to the Baby Boomer generation – the 1950s were beset by rationing and post-war unemployment – their financial lot has improved markedly over the years. Generous final salary pensions, which today are scarce to say the least, coupled with soaring house prices mean this is the richest generation so far, and by many estimates will do better than generations X and Y.

2. That income is disposable

A great thing about being older is that, unlike middle-aged people, you’re more likely to have paid off the mortgage and seen your kids fly the coop. The over-60s, therefore, have more disposable income than younger people by a long chalk. 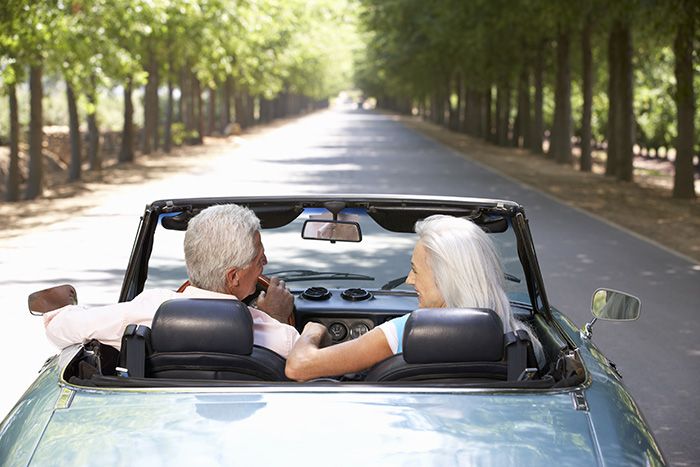 3. Their numbers are growing

There are a lot more old people than there used to be, so as a market they are becoming more attractive by the year. According to official statistics, the average man born in 1841 could expect to die before they were 40, while women could hope to stagger on until just before their 43rd birthday.

A hundred years ago, in 1916, life expectancy had crept up to 58 for men and 65 for women. But people born in classic boomer territory, say 1950, could expect to live until 78 and 82 respectively. These are big changes that are shaping the nature of the economy.

And don’t forget the market will continue to grow. The average person born in 2000 will live to 90. Incidentally, the government also predicts longevity in future generations and says the average woman born in 2064 should expect to live to 100.

The NHS is spending big bucks in an attempt to hold back the tide of challenges coming from the ageing population. From cancer and heart disease to Alzheimer’s and diabetes, age-related conditions are on the increase. This has created new markets in drugs, care and tech, from preventions and treatments to therapy, accommodation and services.

5. The world is ready to pay for solutions

Around the world there is a growing gap between public funding for health services and the cost of care. The answer is not to write a blank cheque, but to create technological solutions that reduce the amount of money spent on helping people.

Ideas like using Skype for consultations with doctors, having medicines delivered and monitoring patients remotely via digital connections will all free up much-needed resources such as hospital beds and equipment. Private care organisations and public bodies will spend big if the net result saves on costs.

So by all means invest in the next Uber, Aibnb or Instagram but, whatever you do, don’t reject out of hand the opportunity to invest in products and services from which old people can benefit.

An evening with UKBAA Business Angel of the Year, Simon Thorpe

Investing in automation: The tech that replaces people