Investing in film is not something widely discussed in investment circles. Most conversation tends to float around certain buzzwords and phrases: ‘scalable tech’, ‘the Uber/Tinder/Deliveroo for’ and, more recently, ‘blockchain’ [cue mandatory round of applause]. The film industry also hit tax avoidance scandals from the noughties that have scared some into staying away. However, I think that film needs to have a new renaissance. Not in style, or script, or camera angles, because those are things that I know nothing about. What film needs is a private investment renaissance to reflect the modern nature of the industry.

Now, I know there are a lot of you out there they may turn your nose up at this. ‘Why would I put money into a film when I can put it into a scalable tech business that may be the Uber of tomorrow?’

Well, to those of you who are wondering, I’m now talking directly to you… yes, you [insert your own name here for desired shock value]. Films tend to run different structures to standard early-stage investments, so what I’m going to do, after a little industry synopsis, is break down the differences in these structures and then try to tie in some things to look for when investing in films. I’m also playing hard and fast with film puns here, so please bear with.

UK box office revenues exceeded £1.2bn in 2015, the highest ever recorded and up 17% on 2014. Likewise, the UK has the third largest filmed entertainment market in the world, behind the USA and China (surprise surprise), with 7% of global productions. The top ten independent UK films globally grossed $679m in 2015 and had access to some of the world's largest distributors, such as StudioCanal, 20th Century Fox and Sony. Out of the top 20 independent films in the UK, six made it into the 2015 top 20 UK-qualifying films (a list topped by Star Wars), which accounted for 41% of the total UK box office and 22% of the global box office.

What is even more interesting, in my opinion, is the fragmentation in this industry. The UK has seen an increase in the number of film production companies of 41.9% in 2010–15 – by 2015 there were 6,805! So you, as investors, should have plenty to choose from.

What concerns you, and rightly so, is making sure that that choice is as informed as possible. A lot of investors tend to be cautious around film and, as with any investment, you should be. But a lot of this hesitation stems from the unfamiliarities with how it works and what to look for. Let me try my hand at helping you out a little.

See what I did there? SPVs (Special Purpose Vehicles) are commonly used when setting up films. These are usually created by the production company creating the film. It allows production companies to take investment into multiple, individual projects rather than have to issue equity in the production company itself, which in the long term would be unsustainable. In terms of valuation, this tends to be a reflection of the budget of the film, with the company giving away a large percentage, if not 100%, of the SPV at either a very low pre-money valuation or literally £0. There are rumours afloat that HMRC is looking to discourage this in the future for films, but, at time of writing, they can still present a viable solution (this is not advice, professional indemnity etc, etc).

This also tends to be beneficial towards cash flows. Most film SPVs will use their budget as the target of their raise. Until this money is raised, their burn rate is effectively £0, as they won’t start spending money until the receive it. This may give you, as a potential investor, some confidence in the runway of the company.

In early-stage investing, exit is the name of the game and, in Steve McQueenish fashion, it’s not an easy feat. In terms of exit, films also work very differently. Standard equity investments tend to exit in a few specific ways: trade sales, IPOs or management buyouts. These tend to happen after a significant amount of time, depending on the industry. Films, on the other hand, tend to offer what is known as a ‘waterfall structure’ to their investors, which usually reflects a percentage of profitability. A simple waterfall would potentially look something like this:

Repayment of loans with fixed % of interest

Investors reimbursed 100% of their initial investment

33% of profits to talent

From an investment point of view, there are real benefits to this type of structure. Firstly, films can potentially pay out much sooner through this profit-sharing scheme, which gives you the chance to reimburse your investment, and financially benefit from it, much earlier than can be expected from other early-stage investments. This higher liquidity can be desirable within a portfolio of other early-stage investment. Even for those who have taken S/EIS shares, the likelihood of most early-stage companies exiting after just a three-year period is low. With films, you can start financially benefiting from its first three years of success from the point where it doesn’t damage your ability to claim EIS.

What to look for

Before investing in a film, you need to make sure you understand the waterfall structure because this is how you will exit the business.

For investors who are looking to diversify into film, it’s always beneficial to look for simple waterfalls that are easy to understand and that are investor motivated. What you don’t want is to be hovering near the bottom with loads of other parties taking out chunks here and there before you get any access to the profits.

I gave an example of a simple waterfall structure above. This sort of structure would be relatively attractive as part of a proposition, as investors sit very near the top, second only to debtors, and are reimbursed their investment prior to any profit share with the production company or the talent. Some of the film companies I’ve worked with go even further, offering 100%+ reimbursements and 50/50 profit splits! Now that is generous.

Like the super spy, bonding guarantees completion in one form or another, and is a great way for investors to mitigate any investment into the film industry. Bonding (or ‘completion bonds’, as they are also known) is a written guarantee, usually secured from financiers, that a motion picture will be delivered on schedule and within a budget. In the event that the film goes over budget or, for some reason, threatens to remain incomplete, the guarantor will step in to deliver the product.

Likewise, most will also guarantee that if the film is abandoned, the completion guarantor will fully repay all sums invested into the production! Whilst rare in our experience, completion bonds can make a film investment opportunity a lot more attractive to investors and should be something you’re aware of when considering film investments.

‘I’ll have what she’s having’

Some films will receive funding, in either equity or debt, from other parts of the industry. A good example of this is a post-production company that will benefit from working with the film during its post-production period. The investment does not mean that they will not also be paid for their work, so make sure you know the terms that they will be receiving as part of their investment and make sure, to the best extent possible, you can replicate those terms. Although this can represent a vote of confidence from the post-production company (for example), it’s not necessarily on the same terms as other investors in the same round. This is something that you, as a potential investor, should be aware of.

Sales agents (unfortunately I’ve already made a James Bond quip so I’m going to have to give it a miss this time) and distributors are influential in the film industry and can be important to a film’s access to market. Most distributors will wait until a film is complete before they swoop in to offer their services, taking on the role of sales for a percentage of profits, usually from the territories that they represent. However, there is also a potential for ‘pre-sales’ in the film industry. A producer with a good reputation and a strong project with elements such as a lead cast and a director attached can sometimes ‘pre-sell’ the distribution rights in a film to a distributor before production commences. The distributor will then normally pay a small percentage towards the rights once the pre-sale is agreed, as a deposit, with the rest being paid once the film is delivered. Like the former, they will benefit from a fixed percentage of the profits from the territories they have sold in. Usually, payment to these agents is treated as debt, so they will likely sit at the top of the waterfall structure ahead of shareholders.

For you as a potential investor, a film that has achieved pre-sales could potentially give off some good signals. Most films that want to sell internationally will have to commit to a sales agent/distributor at some point in production; if they receive early support from a prestigious distributor then it could be a good endorsement of the team, idea and script. Likewise, having access to that extra cash early on could be good from a cashflow point of view.

Like any early-stage investment opportunity, the team is always a key component of any film opportunity, and investors should always be looking for teams who they believe can deliver the product.

Films tend to be created by production companies, who will usually have portfolios of films that they have previously created. This could be a great excuse for you to buy some popcorn, put your feet up in front of the TV and call it research. By the time of funding, most film opportunities will have a production team and a director in place, maybe even a cast, so make sure you look them up and have a browse through some of their work. Production houses with strong track records in the industry, especially those familiar with SEIS/EIS schemes (yes, you can use them and yes, I will go into it) are good signs in a film opportunity.

Ahh, SEIS and EIS, a pair more famous than Morecambe and Wise and Simon and Garfunkel combined, though perhaps falling a little short of Batman and Robin. For a little over 20 years now, they’ve acted as a cornerstone of early-stage investing and their popularity is only going up. Film can benefit from these incentives the same as any other company and most early-stage films will use them to help sweeten the deal. Films can also benefit from tax credits, a rebate of up to 25% on UK-qualifying expenditure.

How the company uses this money varies from case to case; most will put it towards the project, but some will use it to start investor remuneration, so it’s always worth checking what their plans for these funds are. If you want to have a bit more of a read around EIS/SEIS, you’re in luck – SyndicateRoom recently completed a report on tax-efficient investing, and you can download a free pdf of it here.

It goes without saying that doing the right due diligence is always important, otherwise you may end up feeling a little less Tom Hanks and a little more Forrest Gump. However, a film that offers a mixture of a strong team, completion bonds, an investor-led waterfall and SEIS/EIS incentives could be a Golden Globe in your investment trophy cabinet. Remember: when it comes to your portfolio, diversification is key – and you shouldn’t automatically overlook the big screen as an option.

(I did warn you that I was going hard and fast with the puns.)

Essentials for companies 2.0: Thoughts of an Analyst

Choosing the best funding round: What’s right for you? 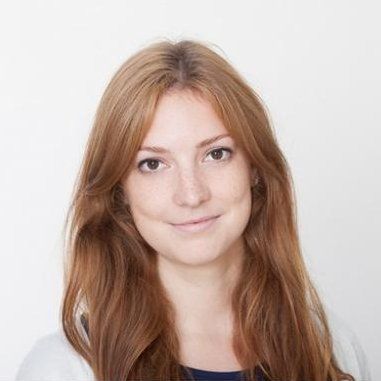 Social investment: Why it matters and what you can gain

5 things to think about when doing your due diligence