Active Needle completed its SyndicateRoom round in March 2017, overfunding to £350,051.

Using technology licensed from Lightpoint Medical, Active Needle is developing a needle-like device which broadcasts an ultrasound image to help doctors ensure they are sampling the target tissue during biopsies, which are commonly used to diagnose cancers, diseases and infections.

The device itself is designed to be intuitive to use, and aims to provide users with real-time imagery of the procedure, without the need for any specific new software. Rather, it is designed to transmit the signal from the needle to any standard ultrasound probe – a standard piece of hospital equipment. 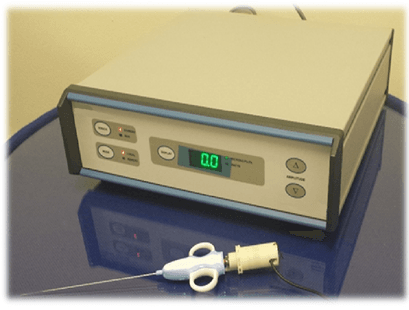 Active Needle Technology believes the device has the potential to significantly reduce inaccuracies, the risk of repeat biopsy and time taken on the procedure, saving millions annually in costs for health services, while increasing hospital capacity and reducing patient anxiety.

The company plans to use funds raised in this round to progress the device to pre-production standard, testing and into regulatory approval.

Ian Quirk, CEO and Co-founder of Active Needle, trained initially as a chemist and began working in product development before gaining expertise at a senior management level in regulatory affairs. As a member of the Institute of Directors and Institute of Clinical Research, Ian has over ten years’ senior management experience in medtech companies and has worked in various markets including orthopaedic, vascular and coronary, paediatric cardiology, ocular, imaging and in-vitro diagnostics. 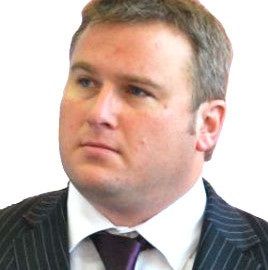 The OTM investment team is made up entirely of scientists and engineers, while its portfolio features unlisted, UK-based technology businesses. In their latest portfolio, Oxford Technology has made 21 investments to date over the last three years.

Lead on this project was Andrea Mica, who has been working in startups and startup investing since 1999.

The Active Needle team could understand the technology and its use, and like many others (clinicians) who saw it, said “I can’t believe that hasn’t been invented before” or “I wish I had invented that”.