Boudica is the brand name for a number of boutique production companies, set up with the aim to provide superior investment propositions by combining credible tax reliefs with real investment opportunities, whilst producing excellent films. Last May at Cannes, the company launched the first European initiative to redress historical gender disparities on and off screen. Their film Kat in the Band (Boudica Indigo) forms part of this long-term project.

Boudica Indigo was an SEIS investment opportunity and completed its SyndicateRoom round in May 2017, raising £400,000.

Kat in the Band is the story of a 16-year-old girl who lives the dream of taking a band on tour, despite having no experience of working in the industry and still being at school. From a script by Michael Mueller (The Beat Beneath My Feet, City Slacker, Dummy) the film will be directed by E. E. Hegarty and produced by the Boudica team.

Boudica has an impressive track record of producing popular, critically acclaimed films. One of Boudica's first films, The Falling starring Maxine Peake and Maisie Williams, was ranked as one of the top ten films of 2015 by film critic Mark Kermode.

Rebecca Long first gained a taste for financing and producing creative works when, as a student at the Royal Academy of Dramatic Art, she staged and financed a production at the world-famous Edinburgh Fringe Festival. Rebecca came up with the idea for Boudica during the 2011 WFTV (Women in Film and Television) mentee scheme. 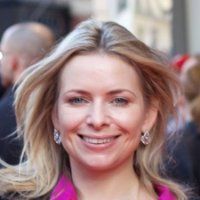 Ian Davies, who has taught screenwriting at the University of Oxford, has been a consultant for eight different national film funds (Scotland, Ireland, Australia, Finland, Sweden, Denmark, Norway and the British Film Institute), helping firms from those countries to distribute their films. Ian has helped some of Europe’s leading feature films go into production, including films by Ken Loach, Michael Winterbottom and Lars von Trier.

Ian Maiden is a retired private investor. He is the Founder of Maiden Group Plc and has previously invested in two other film/TV productions: The Swallows and Amazons (2016), which won the grand prize at the New York International Children’s Film Festival, and Silver Ghost, a historical TV series charting the origins and collaboration of Mr Rolls and Mr Royce, for which Ian is the lead investor with Zuma and their producing partner, Martin Scorsese.

I have confidence in the key people associated with the film. With a fair wind, I expect the film to be a winning formula, to provide good music and fun for those involved, and to produce a good return on investment… Boudica has a reputation for being frugal in the employment of investors' funds and I believe it has previously shown a professional and well-grounded approach to film production.

Combination of factors, including impressive individuals spearheading the production, an interesting theme for movie, what appears to be a tightly managed production budget, and last but not least something I can tell to my daughter, who I hope will like the film.