Brytlyt uses the superior processing power of Graphics Processing Units (GPUs) to rapidly speed up data processing. Having overfunded to £306,000 (153%) of its target in September 2016 in order to finalise its product, Brytlyt returned to SyndicateRoom in October 2017 to fund the next stage of its growth: commercialisation of its technology.

Brytlyt fundamentally shifts the speed and cost of data processing by introducing a radically new approach to underlying hardware.

Every year, vast amounts of resources are invested in technologies to improve time-to-value for business leaders and data analysts when accessing actionable insight from data. A large portion of this time is spent on improving performance with the objective of improving user experience (reducing query times), and in doing so, opening new business opportunities and empowering users.

In November 2017, Brytlyt was named the fastest GPU database available on the market today in a report published by industry expert Mark Litwintschik. Shortly afterwards, the company announced that its database is now available on Amazon AWS, with companies able to trial it as a turnkey analytics database with no upfront capital investment. In February 2018, Brytlyt partnered with IBM to deliver next-generation database and analytics platform to enterprise clients.

Richard is responsible for the initial and ongoing research behind Brytlyt, and is the inventor of the patent pending intellectual property that forms the foundation of the company’s main product.

He has more than fifteen years’ experience working on large business intelligence, big data projects and software development. He hired and managed a team of SQL developers across two continents when Dunnhumby (responsible for the Tesco Clubcard loyalty programme) migrated their flagship customer insight product to Oracle Exadata.

Charles Morgan is a stockbroker/investment banker turned early-stage company investor/manager. Over the last 20 years he has invested in numerous companies. He is particularly interested in pursuing what he views as paradigm changing investment opportunities. 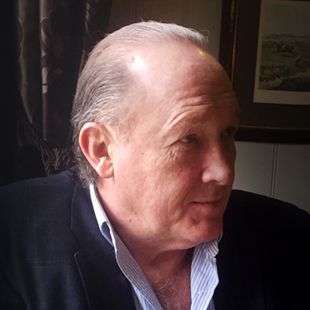 I am hugely impressed with Brytlyt's progress and even more impressed with their ability to make every penny go a mile – I feel the internal ROI of every pound invested with them is phenomenal. I believe they will go the distance.