In November 2013, Captive Media raised £305,000, marking themselves as the first company to ever successfully raise funds through SyndicateRoom.

Captive Media offers the ultimate bounce-back success story: in September 2012, founders Gordon MacSween and Mark Melford pitched their pay-as-you-pee urinal gaming device on the BBC show Dragon’s Den. They faced ridicule from each of the dragons, who told them that they wouldn’t get a penny of the £250K they were after for a 10% stake in the company. But fast forward to October 2013, and Captive Media had recorded extraordinary growth, sold its devices in a dozen countries, and had investors knocking on their door wanting to work with them.

This round was led by UK Business Angel Association 'Angel of the year 2013' Rajat Malhotra. 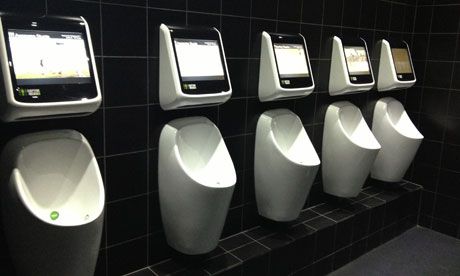 Captive Media have since closed a second round on SyndicateRoom, details of which can be found here.