Led by Wren Capital and Peter Cowley, Captive Media successfully raised £323,216 in its second round of investment to increase its network of screens.

Captive Media was the first ever successfully funded deal on SyndicateRoom. Mark Melford was advising the UK’s largest media firms on strategy, but his clients had a problem: consumers were increasingly ignoring advertising through traditional media. Then Gordon MacSween had an idea:'imagine if there was a video game you could control with your pee' – a game that would command around a minute of a man’s undivided attention at a time when he was out and about.

The Captive Media system consists of a hi-definition screen fitted at eye level above the urinal. When a user approaches, it flips into gaming mode, using patented technology to detect not only his presence but the direction of his stream, which then controls the system. When not in use, it plays a mixture of adverts and content from one of Captive Media's twelve ‘PTV’ channels. 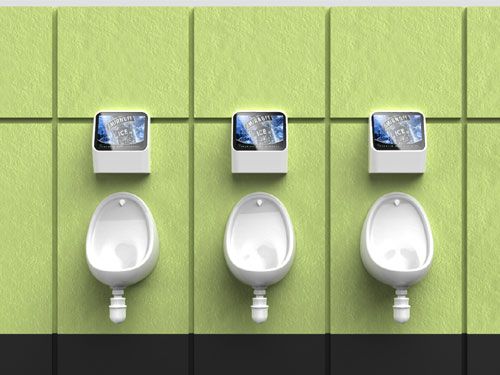 Since raising £300,000 in November 2013, the Captive Media team has successfully demonstrated its business model, installing a network of screens across London venues, and securing business from top advertisers. Customers have included:

To see details of Captive Media's initial round, click here.