According to Evaluate Pharma, the protein drug market, worth $154bn in 2010, is expected to grow to $234bn by 2018. However, proteins degrade quickly, leading to a short shelf life which has prevented further growth in the market.

Cell Guidance Systems has created and patented a potential solution: an innovative technology called Pods™ which provides a unique solution to protein instability by encaging proteins within crystal armour, protecting them right through to the moment when they are slowly released to their target. This is a huge breakthrough, and, to the company's knowledge, there are no similar technologies in existence or development.

The CEO of Cell Guidance Systems is Michael Jones, who spent 3 years at Cambridge University as a research associate, followed by 8 years leading a cancer research team for Chugai Pharmaceuticals (part of the Roche group), and 4 years in a corporate development role for Life Technologies (a large US corporation) with primary responsibility for licensing activities in Asia Pacific. He also worked for 2 years in venture capital with Atlas Venture and Orion HEP. Before founding Cell Guidance Systems, Michael was COO of Reprocell: a Japanese stem cell company with a current market capitalisation of >$250m.

You can watch the latest update here. 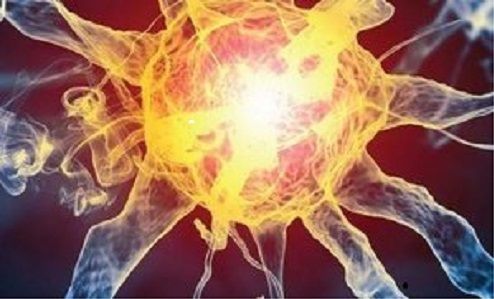 Cell Guidance Systems has a loyal customer base which includes pharmaceutical companies such as AstraZeneca and Roche as well as almost all major UK universities and many in Europe and the US. It is now preparing for expansion, funded by the current investment round, and has begun recruitment for new scientists.

In October 2015, sales revenues reached a record high. This is the fourth time that Cell Guidance Systems has broken its own monthly sales record this year, and there might soon be a fifth, as sales revenues for November are expected to trump October. Furthermore, as of November, revenues for 2015 are already up 45% on the whole of 2014, demonstrating astounding growth for the company.

In November 2015, Cell Guidance Systems reported making good progress in cementing its collaborations with partners in a variety of areas to exploit Pods™ technology. This includes research for Parkinson’s disease, spinal injury, wound healing, vaccine delivery and stem cell culture. The company also noted strong interest from a pharmaceutical partner for development of the technology for oral delivery of antibodies.

On 3rd March 2017, Cambridge Company Cell Guidance Systems announced that it has licensed a new technology, which for the first time makes it possible to simulate major events in mouse embryo development without the use of eggs and sperm. The researchers hope their work will help improve fertility treatments and provide useful insights into the way early embryos develop.

In ground breaking research, Prof Magdalena Zernicka-Goetz and her colleagues studied trophoblast and embryonic stem cells (ESCs), two of the earliest cell types to develop from the fertilized egg. They found that simply growing these two cells together leads to the development of structures termed ETS-Embryos, which strongly resemble mouse embryos in the days immediately following their implantation into the womb. Key to this success was development of “ETS-Embryo Medium” to culture the two stem cell types.

Since in ETS-embryos all of the genetic identity of the embryonic tissues is derived from the ESC, any embryo produced is a clone of that cell. How far ETS-embryos can develop remains still to be determined. ETS-Embryos are set to transform the fields of embryology and stem cell science. Potential future applications include improving the efficiency of generation of transgenic animals for research and novel ways to make tissues and organs for stem cell research. Cell Guidance Systems has agreed an exclusive license to the technology.

We are very happy to be working with Prof Zernicka Goetz’s lab and to be involved in this ground-breaking research. This is arguably the most significant breakthrough in stem cell science for a decade and these discoveries provide key insights into mammalian development. The potential benefits of the technology for basic research and the development of new medical therapies is very exciting. 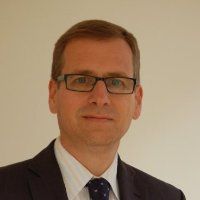 Cell Guidance Systems, in partnership with TransSine Technologies, has launched a SINEUP kit which allows researchers to simply, routinely and specifically boost the levels of specific proteins.

Lead investor Dr Steve Chambers was a founding partner in Adgen Ltd, which was sold to Nasdaq-listed Neogen Corporation.

‘Cell Guidance Systems’ first pitch was clear, informative and made sense, generating income and not getting too far ahead of themselves in the early stages. A sensible approach without the hyperbole. Proven repeat sales to market was very much a tick in my book. Cell Guidance Systems’ biggest strength is having a competent and complementary management team being at the right place at the right time’.