In December 2013 Inform Direct successfully raised £450,000 to roll out its portfolio service, which will allow single users to manage multiple companies.

Henry Catchpole, CEO of Inform Direct, has experience in building a brand and successfully exiting. As former CEO at Suffolk Life Group, he built the team from eight to 200, and the assets under management from £3m to £3.5bn, before eventually selling the company to Legal and General for £68m.

This round was led byAndrew Noble, MD of Health Management Ltd, which has recently been acquired by Maximus (USA); Nigel Bunting, a director of IOM based Equilibrium Pensions; and Alex Scott-Barrett, who holds a number of positions including NED of Lighthouse Group PLC. 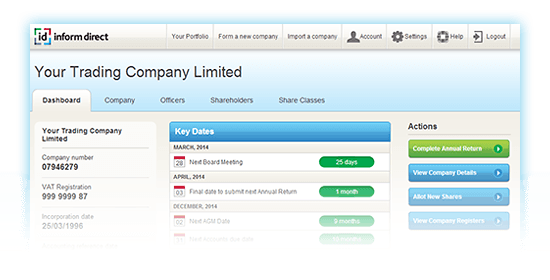 In July 2015, we took a camera crew to Ipswich to catch up with Henry's team.

On the 29th November 2016 Inform Direct carried off the Best Practice Software of the Year Award at the British Accountancy Awards.

The comment from the judges reads: ‘They have shown technology can deliver solutions to clients alongside growth. A fantastic entry and a package that practitioners need – but might not know that they need yet.’

Inform Direct has passed its 75,000th customer milestone and is experiencing rapid growth, having passed the 50,000 customer mark only nine months ago. Read the full story.