Lightpoint Medical has developed intra-operative molecular imaging and sensing technologies with the potential to detect cancer in real time during surgery, reducing the need for repeat operations.

The company completed it’s latest funding round via SyndicateRoom in April 2018, details are pending final checks. Lightpoint's previous SyndicateRoom round successfully closed at £989,998 in December 2014 to bring its two lead products, LightPath™ and EnLight™, to the EU and US markets.

The company’s first product, the LightPath® Imaging System, is the world’s first clinically-approved device for intraoperative molecular imaging. LightPath® has the potential to detect cancer in real-time during surgery, thereby reducing the need for repeat operations required to remove cancerous cells missed during earlier operations. HARLI™, the company’s second product, is a handheld molecular imaging device for the research market.

At the time of its latest SyndicateRoom raise, Lightpoint had seen successful clinical trials in multiple cancer types, achieved multiple regulatory clearance milestones, received substantial grant income (US National Cancer Institute; Innovate UK; Horizon2020 and others), taken in early sales and was well on its way to transforming the practice of cancer treatment.

Since their 2014 SyndicateRoom raise, Lightpoint has gained regulatory approval within the EU as well as completing clinical trials at Guys' Hospital (London). The company successfully sold its first units to hospitals in the Netherlands, Germany and the US.

CEO and Founder David Tuch studied Physics at the University of Chicago before completing a PhD in Health Sciences and Technology, jointly awarded by Harvard Medical School and MIT. He previously spent five years working for Novartis, his last role being Director, Head of Clinical Imaging, and is currently an NED at SEHTA and Active Needle Technology, which has also completed a successful funding round on SyndicateRoom. 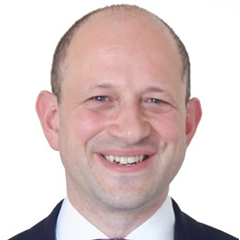 Since 1983, Oxford Technology Management has specialised in making and managing investments into startup and early-stage technology-based businesses with high-growth prospects. It has made more than 150 investments in technology startups to date, almost all of them within an hour’s drive of Oxford so that the firm can be actively involved to help. In 2018 it had 29 companies in its OT(S)EIS portfolio, set up in 2012.

Having appraised many healthcare startups, I know those that address the unmet medical need of a large patient population by the application of a highly qualified founder's considerable acumen in both technology and business are rare indeed. As an initial investor, it has been very pleasing to recognise Lightpoint Medical's possession of all these attributes and to have watched Lightpoint's subsequent success to date.