Hospitals invest thousands on providing cameras, displays and other tools to enable keyhole surgeons to see what they are doing in high definition during an operation. The problem is that these tools are handheld for long periods of time, and any shake or tremor can spoil the clarity of the image and compromise effectiveness.

FreeHand is a very simple and reliable robotic arm which keeps tools still and steady during an operation, allowing the surgeon to be in complete control.

This round was led by the Angel CoFund and Hygea VCT amongst others. A key investor, Aman Coonar is a consultant surgeon at Papworth Hospital, the UK’s leading heart and lung centre, and a regular user of FreeHand. 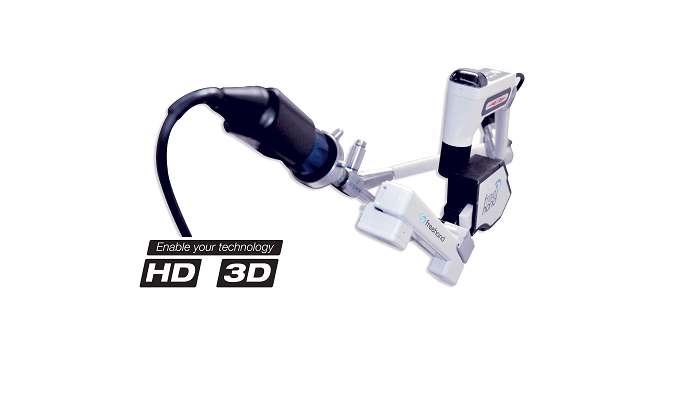 At the time of writing, FreeHand has been used in more than five thousand operations, nearly two thousand of them this year. Fifty six hospitals are using (and paying for) it in the UK, and twenty overseas. The company are installing FreeHand in an average of 3 new UK hospitals, both private and NHS, each month. New hospitals in the USA, Poland and France have started to use the system.

Since launching on SyndicateRoom, OR Productivity has closed a deal with a major UK teaching hospital for two robots. The first robot has already been delivered and the second will be delivered early in 2015. On top of this OR Productivity have recently agreed a contract with Ramsay Health UK, part of the Ramsay Health Group that represents 225 private hospitals worldwide.