With revenues expected to spike over the next year, Radio Physics Solutions (RPS) is a one-of-a-kind threat detection business which successfully raised £587,296 at an uplift on its previous valuation to support its sales team throughout the summer.

The company’s core product, MiRTLE, is the only portable device capable of identifying concealed explosives or weapons while maintaining a safe distance, even in extreme temperatures. It’s also the only product on the market proven to detect 3D printed guns and concealed composite weaponry.

Whereas current products can be difficult to interpret, inaccurate and sensitive to their environment, thereby preventing effective screening, MiRTLE uses rapid screening (both indoors and outdoors) and does not rely on image interpretation. It is considered the most accurate threat alert system to warrant a legitimate Stop and Search, and was described by Clive Robinson of the National Ballistics Intelligence Service as ‘the first viable and operational standoff weapon detector we have seen.’

This was RPS second raise through SyndicateRoom, after they previously raised to design and manufacture the first MiRTLE product range. This round was led by Enrique Posner, an experienced entrepreneur with an investment portfolio of eight companies. 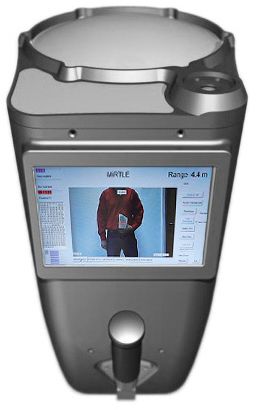 The order book exceeds $1 million, and RPS is already generating revenue. The company is working with numerous US government agencies and expects to secure Department of Defense (‘DoD’) funding to help with product development.