Recycling Technologies’ second SyndicateRoom round overfunded to £1.5m – 216% of its target – in November 2016 with the help of 135 investors. The £578,808 raised in May 2015 for the company’s first round was used to build a commercial demonstrator plant in partnership with Swindon Borough Council.

As a society, we’re all aware of our over-consumption of plastic. While things like 5p charges for carrier bags can make a difference to consumption, plastic production is nevertheless set to double in the next 20 years. Conservative estimates suggest that in 2010 alone, 8m tonnes of plastic were thrown into our oceans. That equates to five carrier bags of plastic waste for every foot of coastline in the world.

What has become abundantly clear is that current recycling methods aren’t effective at tackling the problem. In 2012 the EU produced 57m tonnes of plastic, of which only 6.6m tonnes were recycled (mostly high-quality drinks and milk bottles). The rest, known as Mixed Plastic Waste (MPW), was landfilled, incinerated for its energy or discarded.

Recycling Technologies has developed and protected a system which is able not only to recycle MPW, but also turn it into a valuable hydro-carbon, Plaxx™. 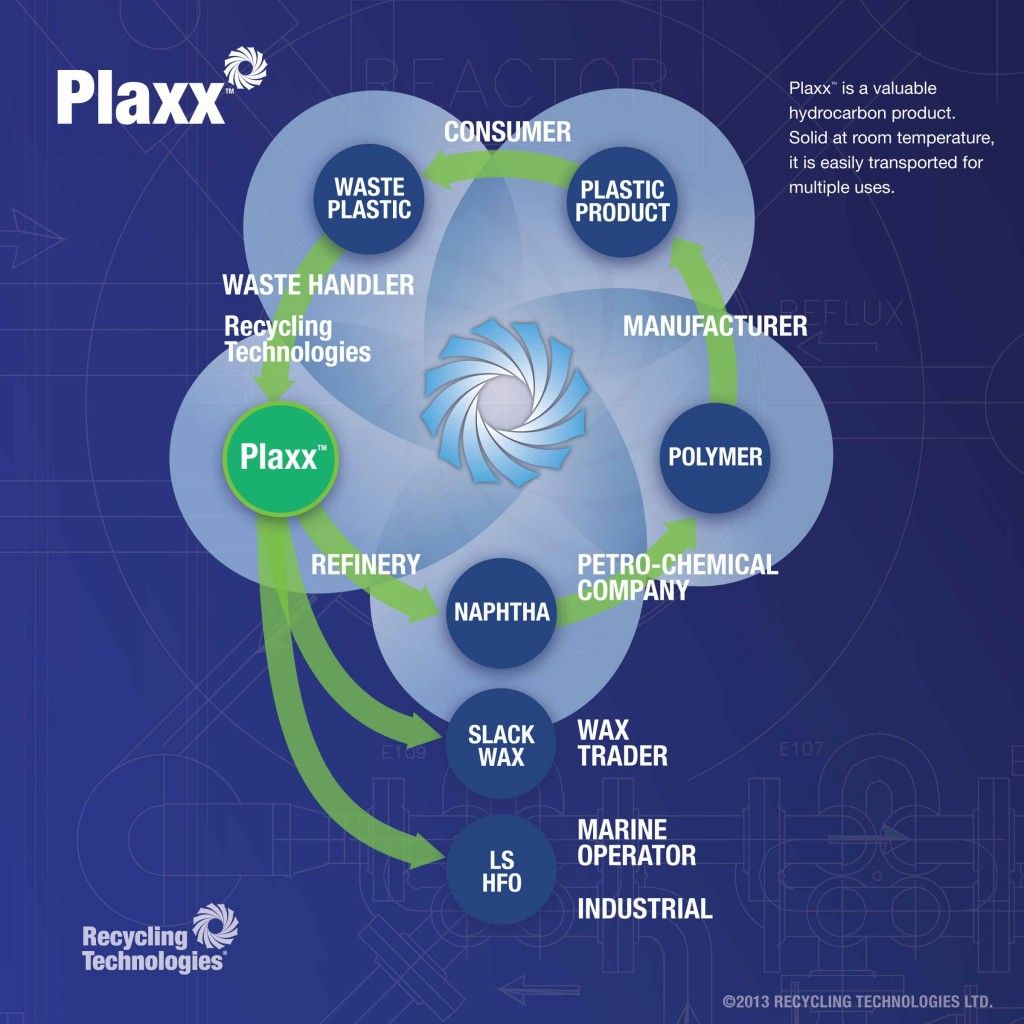 The company has secured more than £2m of grant funding from the Department of Energy & Climate Change, Innovate UK and the Regional Growth Fund. 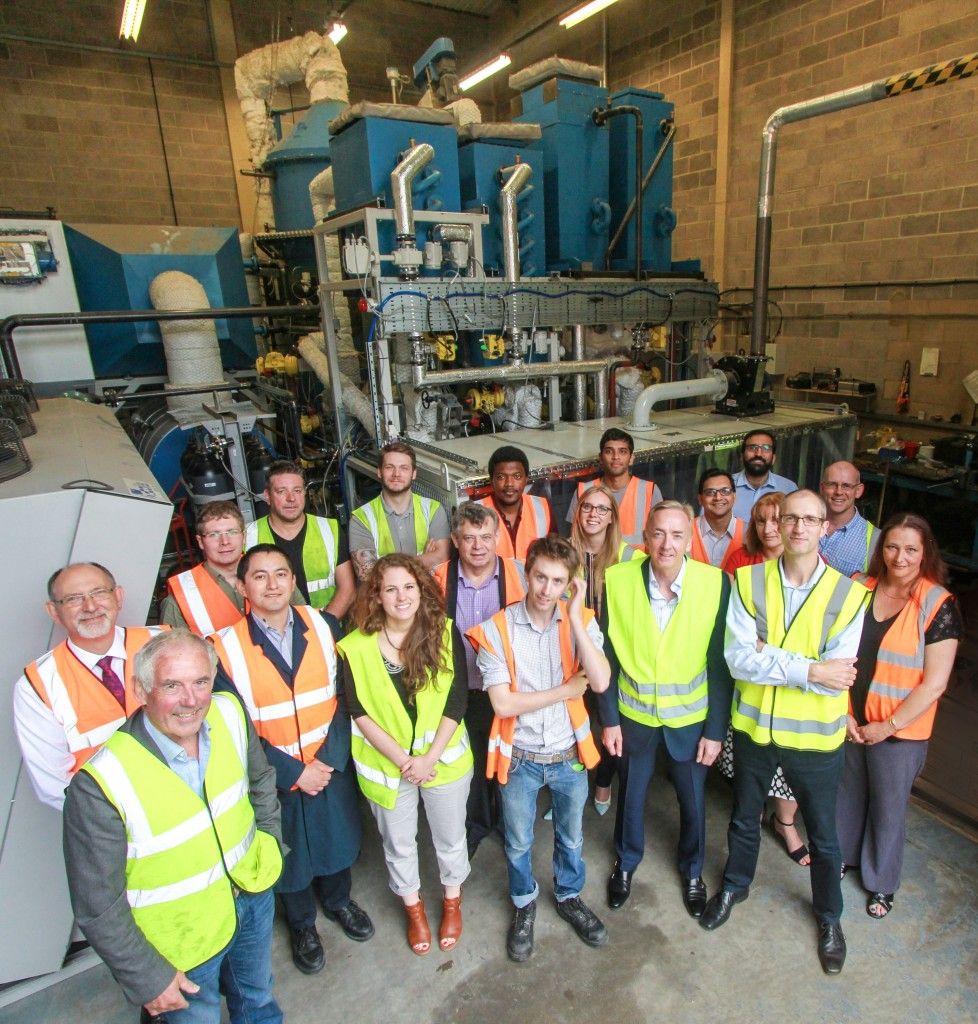 Recycling Technologies’ last funding round was used to build a commercial demonstrator plant in partnership with Swindon Borough Council. Having completed that objective, Recycling Technologies returned to SyndicateRoom to raise funds with the intention of bringing its technology to market. With the aim of helping investors’ funds go further, Recycling Technologies also secured more than £2m of grant funding from the Department of Energy & Climate Change, Innovate UK and the Regional Growth Fund.

Recycling Technologies has announced new changes to its leadership board following a recent shareholder meeting. Howard Lack joins as the new Chairman bringing leadership experience within the commercial and finance sectors. Also joining the board is Geoffrey Phillips as Investor Director. Geoffrey has extensive experience in the oil, gas and marine sectors and has previously held a number of executive board appointments.

Adrian Griffiths, CEO, Recycling Technologies comments: ‘We are thrilled that such high calibre executives are joining the board. Geoffrey has a wealth of experience both in senior level public companies and in the waste industry. It is also a real honour to announce the appointment of Howard Lack as our new Chairman. Howard’s extensive experience in commercial finance will bring insight that will undoubtedly help the business as we forge ahead with our plans for 2017 and beyond.’

Recycling Technologies is also involved in the New Plastic Economy, an ambitious three-year initiative driven by the Ellen MacArthur Foundation to tackle global plastics issues, and together with partners is working to create a more effective global system for plastics. This month Recycling Technologies supported the action plan, laid out in a new report, The New Plastics Economy: Catalysing Action, which was launched by the World Economic Forum and the Ellen MacArthur Foundation at Davos. The report presents a pathway to increasing global recycling rates for plastic packaging from just 14% today to 70%.

Lead investor Damian Tuite spent 15 years as a currency trader for UBS in London and Zurich. In 2000 he left to trade his own funds. He is an enthusiastic Peer-to-Peer lender and angel investor.

‘I initially saw Recycling Technologies on SyndicateRoom’s website during a previous funding round and invested £50k because I could see the enormous growth prospects for the business combined with the obvious benefit to the environment. The problem of plastic waste is clear, endemic and global. Clearly the potential market is very large and the company’s technology and approach are unique. The stand out features of the company are a really interesting solution for a global problem and a high calibre team that has the ability to exploit this enormous opportunity.’

What investors have to say

‘I invested in Recycling Technologies when the technology was “lab-scale” because I believed in the vision and the management team’s ability to deliver it.

‘That belief has been vindicated and I have been pleased recently to follow on with a further investment as the company moves to commercial operation. I am hopeful that RT will not only deliver for the investors but also for the environment.’

‘Recycling Technologies take a problem in the existing waste management process and turn it into a solution for other industries without increasing the cost of waste management. Backed up by patents this makes for a compelling case to invest.’