CCTV analysis is an integral part of maintaining the UK justice system, but it’s incredibly inefficient. After the London riots in 2011, the Metropolitan Police were tasked with analysing a gruelling 200,000 hours of footage so that suspects could be identified and the £200m worth of property damage could be accounted for. What’s more, 1.4trln hours of footage was recorded last year alone.

Led by a national security specialist, the Founder of speech recognition company Speech Machines (acquired by Philips in 2001) and a world-leader in the visual recognition of behaviour from video data, SeeQuestor has developed software that partially automates the way CCTV footage is analysed, saving the police time and money.

The company has been working closely with the Metropolitan Police and British Transport Police to help develop its product. Furthermore, SeeQuestor has impressed the European Commission, winning a Horizon 2020 grant worth €50,000 – granted to just 5% of applicants – which also puts it in the running for phase two of the grant application, which could yield as much as €2m.

SeeQuestor will be holding its official launch event on the 6th October 2016 at the at the Royal Institution of Great Britain. See below or visit SeeQuestor's site for more information. 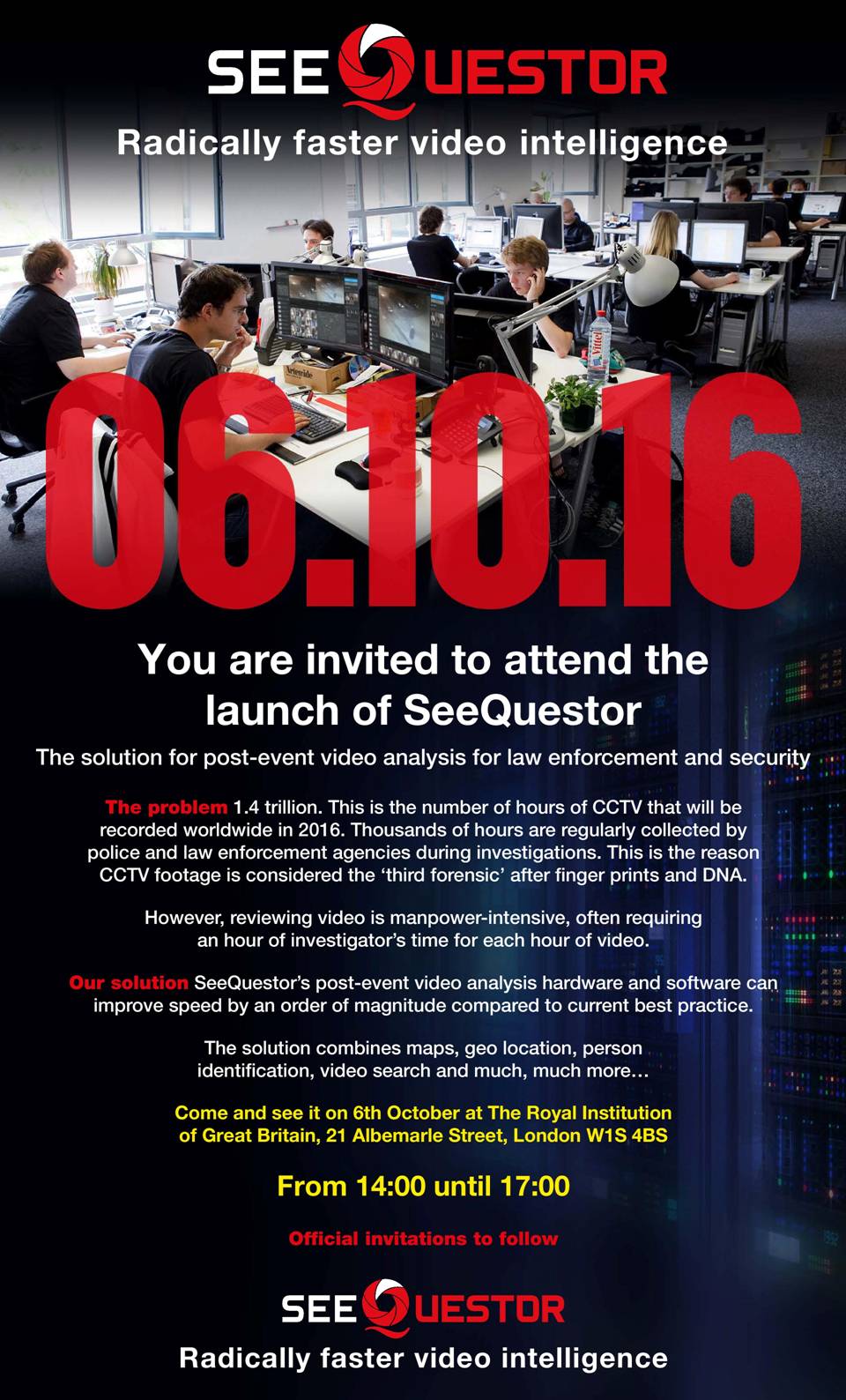