Ben Wiener on the importance of investor focus

When Jumpspeed Ventures first announced its initial investments last February, I likened the experience to that of a band assembling its first album.

Plenty of big-name bands started off playing bars in off-market towns, and I saw Jumpspeed Ventures as an opportunity to find the next big players off the beaten track. When I founded it in Jerusalem in 2013, Jumpspeed had a unique mandate: to invest in early-stage software companies exclusively from Jerusalem’s re-emerging tech ecosystem.

My thesis was based on three primary points:

Basically I had been around long enough to see that there were a lot of performers, but not enough producers. So I raised some capital and started to scout local talent.

The music industry of the 1960’s had dominant production centres like Motown and Nashville, but before long smaller scenes like San Francisco and Austin developed their own ‘sound’ and became viable as alternative creative hubs. In terms of the technology sector, most of the ‘music’ is made in Silicon Valley, or here in Israel (Tel Aviv/Herzlia). But, under the radar, the old city of Jerusalem is burgeoning with new ideas and emerging as a tech hub in its own right.

I reasoned that by deep diving into a market that I was intimately familiar with – and indeed one in which I lived – rather than chasing other people’s gigs, I would find a unique sound that would give me an edge as an investor. So far, it’s been a winning strategy.

Jumpspeed’s first portfolio, announced in early 2015, was made up of five initial investments, all of which were either developed or based in Jerusalem; some were ‘original’ ventures, others ‘co-produced’.

Jumpspeed invests in ventures in the Jerusalem tech ecosystem, which has been experiencing a long period of resurgent growth. Our umbrella non-profit organisation, Made in Jerusalem, and its Founder, Hanan Brand, have created the following chart to illustrate this: 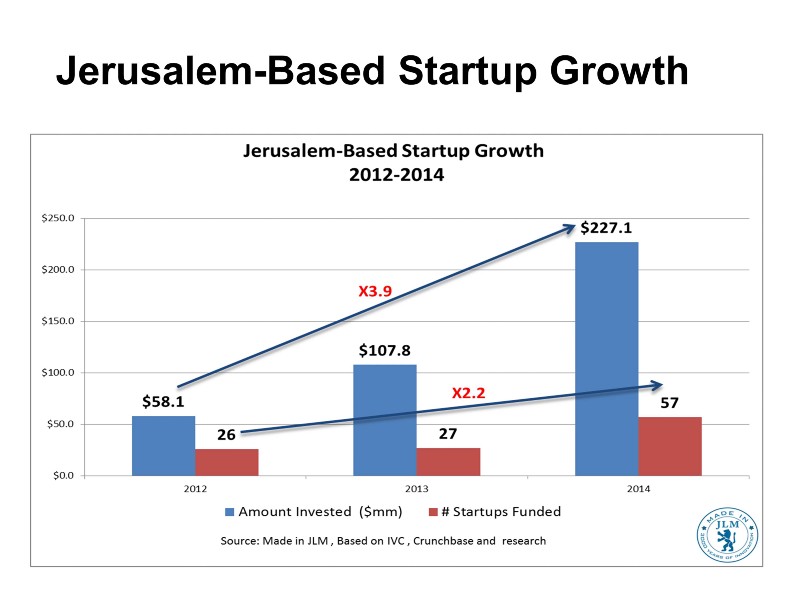 When looking at investment opportunities, Jumpspeed has a set of very specific criteria:

We’ve only been making music together for a short while, but there’s definitely a new and exciting vibe in this old city – and we’re thrilled to be part of it.

Is bootstrapping right for you? The five-point checklist

Founder and CEO of AngelsCube