Learning from the world’s best investors 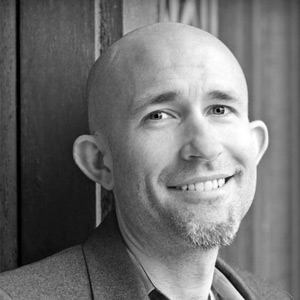 Josh Maher may well be the poster boy of the entrepreneur-turned-investor. He graduated Magna Cum Laude from Northeastern University with a bachelor’s degree in science, sociology and finance. He jumped into the tech-life becoming a Systems Engineer and Technical Specialist, and delivered the first version of Washington Mutual’s mobile banking application before co-founding Decider Technologies in 2009. Since then he’s co-founded a number of other companies (KStream Media and TechCafe, to name a couple), been an advisor to a number of organisations (including many in the early-stage investing space) and, of course, invested as a business angel in numerous businesses. Not to mention, he’s managed to find time to profile 23 of the most prolific angel investors and write Startup Wealth: How the Best Angel Investors Make Money in Startups based on his findings.

Here are the main insights Josh gleaned from the research.

Angel investing is a marathon, not a sprint

What every angel should remember is that investing is a long-term game. Most people don’t understand how disparaging it can be to invest in a company, put in your money, put in your time helping them out, only for that company to be on the ropes five or seven years later.

First, a lot of entrepreneurs will pitch that they are expecting an exit in three to five years’ time. This is pretty unrealistic for a new business. Second, angel investing can be emotional and extremely draining. Whenever you decide that you want to invest you need to be realistic about the length of time it’s going to take – think ten years – and be ready for the rollercoaster to come.

While Josh’s interviews turned up two angels who had over 100% of their net worth invested in early-stage companies, this is definitely not the norm. The overwhelming majority of the rest of those profiled showed that angels had invested around 10% of their net investable assets into early-stage companies, and even then Josh believed that this was because he was interviewing successful angels whose previous successes meant they were able to be a bit riskier with their capital distribution.

Newer investors should ease into this asset class. Learn the ropes and review a large number of opportunities before making your first decisions. Only once you’ve got a feel for how your investments are doing should you consider allocating more of your wealth into these investments.

Networks are the lifeblood of angel investing

The bulk of angels are angel investing part-time. This means the ability to source, screen and triage an investment opportunity is generally limited. Almost every angel invests as part of a network, whether it’s a formal or an informal one, and it’s easy to see why. Being part of a network increases the number of deals to which you have access, and enhances the due diligence process by ensuring multiple people will review the same opportunity. An added benefit is that such interactions with other investors can improve your investing knowledge in a friendly, social setting.

If you do decide you want to join an existing angel network, be sure to visit a number of them before deciding on one. It’s important you find the right network for you since they can vary greatly in how they operate, what type and size of deal they look for, and what level of involvement they require from their members.

‘The biggest thing I learned from the interviews was that all of them approached angel investing differently,’ says Josh.

Ultimately, all angel investors sit somewhere along a range of investing strategy that has visionary investors at one extreme and metric-based investors at the other.

The visionary investors are those that try to catch on to the next big thing as early as possible. They see a bit of momentum starting in the market and they jump into it head first. They are often the first outside investor in the next big thing and their portfolios tend to be vast. They are the ones scanning sites like TechCrunch and Geekwire, and reading all of the top early-stage investing blogs to get ahead of the curve. When one of their companies exits they tend to get many multiple returns as they got in so early. However, they also tend to experience a high number of failures.

The metric-based investors tend to come in a little later, when there are a few more numbers from which they can make a decision. They are not necessarily looking just at growth figures; rather, they want to build the case for the company’s ability to grow given the expanding market size and where the value is being created within the business. They still experience a high number of failures – all early-stage investors do – but they are often investors in second or third rounds so the companies they invest in tend to be a little more mature.

It’s important to understand where you sit on this range and what that means for your investment strategy. If you’re a visionary investor you need to be sure you don’t get over-invested too soon or you may not have enough funds to top-up in later rounds – you may even miss out on the next ‘next big thing’ as you allocated all of your funds too early.

Josh is an endless source of angel information and his own thirst for early-stage investing knowledge was what set him on the quest to write his book – which comes highly recommended by our CTO, Tom. As well as doing first-hand research, Josh stays in the loop by following relevant blogs and sites, particularly Geekwire.

If you enjoyed this podcast subscribe to Angel Insights and be the first to know when a new episode is released. Angel Insights is available on both iTunes and SoundCloud.

What are startup accelerators, and how can they help you invest?

Investor and entrepreneur: How to be both

The two types of investors: Engineers vs financiers