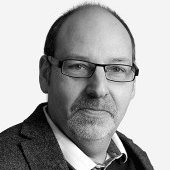 This is the investing ethos of Paul Townsend, serial entrepreneur and finance expert. Paul has worked in banking for the past 30 years – his CV is dotted with major investment banks, UBS, Barclays and the Bank of New York, where he managed foreign exchange (FX) operations, among them.

Paul moved to Earthport in 2002 where he worked for online company Optimal Payments before founding Envoy, a global payments service, in 2006. At Envoy, Paul and his team built a worldwide payment and FX network, before exiting to Worldpay in 2011.

Since Envoy, Paul has funded various payment businesses and has recently started his second company, Vitesse PSP, which focuses on remittance and payment processing via local bank accounts in global markets.

Given his financial experience it isn’t surprising that Paul tends to invest in companies dealing with payments and data – but he doesn’t limit himself to just these. He also invests through MMC Ventures, an award-winning venture capital firm that backs early-stage, high-growth companies and is able to validate opportunities outside of Paul’s expertise.

Previous investments have taught Paul that scaling capabilities are very important. Two companies that he had invested in sold to competitors on the basis that, whilst having strong technology, their production/scaling systems weren’t refined. These were sold on down rounds and resulted in investors losing most of their money.

For Paul, knowing the people behind the company is the most important factor.

When it comes to carrying out due diligence, Paul sets about getting to know his prospective investment’s Founders and CEO to get an idea of what they are like and make sure that they are people he can trust. In fact, as a rule of thumb Paul prefers to invest in people that he’s known for years.

Paul is the lead investor of Kwanji, an FX solutions platform allows companies to trade instantaneously from anywhere while accessing savings in excess of 95%. The business angel was attracted to the dynamic between Founder Leslie Onyesoh and COO William Lorenz. Where Leslie demonstrates a strong sales-driven approach, William is highly operational and the pair’s skill sets complement one another perfectly; neither one could run the business without the other.

‘I knew William from the days when his first Fintech business, Ixaris, used Envoy and was aware of the 10x exit he secured for early investors in that business,’ says Paul. ‘When he told me he had joined the Founder and inventor of Kwanji, Leslie Onyesoh, I was excited to learn more and have since participated in every funding round they have since raised.’

Of course, once you familiarise yourself with the company heads, there’s still the ‘product’ to consider. For Paul Townsend, Kwanji’s FX platform sealed the deal. Having worked in FX, Paul immediately understood the attraction behind a business that speeds up and simplifies the process of exchange while offering excellent value. After his initial investment, he has followed his money twice.

What will it take for crowdfunding to reach the masses?

Making the move from entrepreneur to angel to VC

The 3 A's of investing