With investments, your capital is at risk.
Become an angel investor

What is an angel investor?

Angel investors are private investors who provide finance and support to early-stage businesses.

Angel investors are often wealthy individuals who have entrepreneurial experience themselves or specific industry experience that is shared with the company being invested in. They offer various forms of finance including shares or other securities that represent an ownership interest in a company including equity, debt and variations of the two.

Angel investors are sometimes referred to as business angels or, simply, angels.

Who are angel investors?

Historically, business angels were successful entrepreneurs who had exited their business and wanted to support the next group of entrepreneurs through investment and mentorship. Now, however, the number of investors who have made their way from having significant industry experience into angel investing has exploded, and with the advent of online investment platforms, the background of the typical angel investor is increasing exponentially.

Angel investing has made a resurgence in recent years as the sources of traditional capital dried up post the recessionary period that began in 2008. More recently a new and wider audience has been introduced to the concept of angel investing through the rise of online equity crowdfunding platforms.

These platforms have reduced the barriers of entry to angel investing by not only giving visibility to a large audience, but by making the investment process much more efficient and therefore reducing the minimum investment amount of any individual into an opportunity. Like the business angel networks, these platforms source investment opportunities, consolidate the investment documents, and facilitate the act of investment

With investments, your capital is at risk

At what stage do the angels get involved?

Angels are generally the first investors to get involved in a company’s funding after bootstrap, and the three Fs (Friends, Family, Fools). Sometimes angels will invest based on little more than a chance meeting and a business plan scrawled on the back of a napkin (or so the legends go), but often they take time to get to know the person, the market, and the opportunity before making a decision.

Typically, angels get involved in what is known as the “seed” stage – when the company may be little more than an idea, have a prototype, or be in the very early stages of trading – and will continue to invest in follow on stages (growth, scale, venture) to keep a good share holding in later rounds if the company is doing well.

What’s in it for the angels?

There are many reasons to get involved in angel investing, and with the advent of online investing platforms it has become even easier to do. Below, we cover the main reasons investors get started:

Angel Investors take massive risks investing in companies that are little more than ideas, so to compensate for the risk, they look for big returns. For very early-stage investments, angels want to invest in companies that could return at least 10 times their investment. The reason for this is that very few of their investments will actually provide a return, so they need to be certain that the ones that do can cover all of their losses and still give them a healthy return (20 per cent per annum over the investment period is the regularly quoted statistic).

In some countries, including the UK, tax relief are offered to those who take on board the risk of investing in early-stage ventures. While this is not the driving force, many angels have stated that they would invest less, but not stop, if the tax reliefs were taken away. The reliefs on offer in the UK are EIS and SEIS.

Many angels get started investing as a way to be involved in the entrepreneurial process. Angels provide much more than capital, they provide insights, experience, access to their business and personal networks, and may end up joining the board of the company, depending how involved they, and the company want them to be.

There are some heavy potential downsides to angel investing that all investors must come to terms with before they decide to invest. Here are the two main ones to be aware of:

Investing in startups is incredibly risky, over 50% of businesses ultimately fail and an even higher percentage return nothing to investors even though they may not go out of business. Investing in startups is not like investing in a public market, there is no way to sell your shares in the company on a market whenever you want. For all intensive purposes, you are in it until the company either lists on a market, or is bought by another company.

Dilution and time to exit

The typical time to exit for a startup is close to 10 years. It’s not 3-5, which many companies may tell you is their exit timeline in early rounds. It’s not 5-7, which you may hope it is after being in an investment for 4 or 5 years. 10 years. That’s a long time to have money tied up in an investment that’s probably not paying dividends and may never feel stable until it’s finally sold.

With investments, your capital is at risk

What's in it for the companies?

Angels are generally the first investors in the company. They invest early, and most continue to invest throughout the company’s lifespan. They take the risks that VCs are unwilling to take, and they continue to back the company so long as things are going well. They often invest in groups, so if you can get one on board you are likely to get at least a few more.

As alluded to above, angels provide a lot more than just money. Many angels are either successful entrepreneurs, or had very successful careers in their industry who are a great source of experience, insights, and more than anything, provide access to their network of potential suppliers, distributors, buyers, and other angel investors.

Chris began his career at Fenwick & West in Silicon Valley, where he handled venture capital, mergers and acquisitions, and licensing transactions, but was laid off after 13 months - big mistake. He spent the next few years living in Silicon Valley by drafting contracts for $50 on Craigslist and other odd jobs. Fast forward a few years and Chris became an early employee at Google, rose to Head of Special Initiatives and then left to pursue other interests and start investing. His first investments were into Photobucket and Twitter. He later founded Lowercase Capital, known to be one of the most successful VCs in the market, and has appeared on Shark Tank.

Currently a Partner at the incredible Founders Fund, Cyan got her start as a Systems Admin/Support Manager at Extreme Internet, before working her way up the chain at various tech companies including IronPort, which was acquired by Cisco. Taking all she’d learned from working for some of the tech giants, Cyan turned her hand to being an entrepreneur and angel investor, and has successfully had exits from her investments into Hot Potato, EQAL, and OtherInBox, and is a current investor in Pokemon Go creator Niantic.

The model-turned-actor then turned to angel investing a few years back, and has shown no signs of slowing down. Ashton includes the legends Ron Conway and Marc Andreessen as his angel investing mentors, and in 2010 set up his own venture firm called A-Grade Investments. Ashton has invested in seed and Series-A rounds for companies including Uber, Airbnb, Spotify, and Casper.

Founder & CEO at Pantegrion, Alicia has made over 40 investments as an angel investor, occasionally as part of the New York Angels where she is a board member. Alicia has obtained exits from investments in Texture Media, Willa Skincare, and a few others. Alicia has been featured in the Huffington Post, Forbes, CNBC, Mashable, Inc. and many others.

Jeff Bezos is the Founder, President, Chief Executive Officer, and Chairman of the Board of Amazon.com. Jeff is also a very active angel investor whose recent investments include Domo and Everfi.

Max Levchin rose to prominence as Co-founder and CTO of PayPal. Later he founded Slide and HVF. He is an active angel investor with an extensive list of investments which includes Yelp, BackOps, AdRoll, WePay, Pinterest, Yammer, THRED, and Nuzzel.

Marissa Mayer is the current CEO of Yahoo prior to which she played a key role in product Development at google and had a major hand in the development of gmail, igoogle, google maps, and many other cherished products. She has invested in Square, Minted, Airtime, Wealthfront, Periscope, Lever, uBeam, and others.

Kevin is a serial entrepreneur having founded Digg and Milk, and co-founded Revision 3. He is also a partner as Google Ventures and board member at the Tony Hawk Foundation. His investments include facebook, treehouse, fab, path, zynga and twitter, amongst others.

Founder and former CEO of Abcam, Jonathan Milner is making his name now as an angel investor. His recent investments include Faction, Cambridge Temperature Concepts, Horizon Discovery, SyndicateRoom, and more.

Serial entrepreneur (LoveFilm, Seedcamp, others) and partner at index ventures. Saul is also a serial angel investor having invested in a plethora of companies including Slideshare, Tweetdeck, TransferWise, Last.fm, Wonga, and Moo.

Co-founder of lastminute.com and PROFounders capital, Brent is a serial entrepreneur and angel investor.

Get your free report 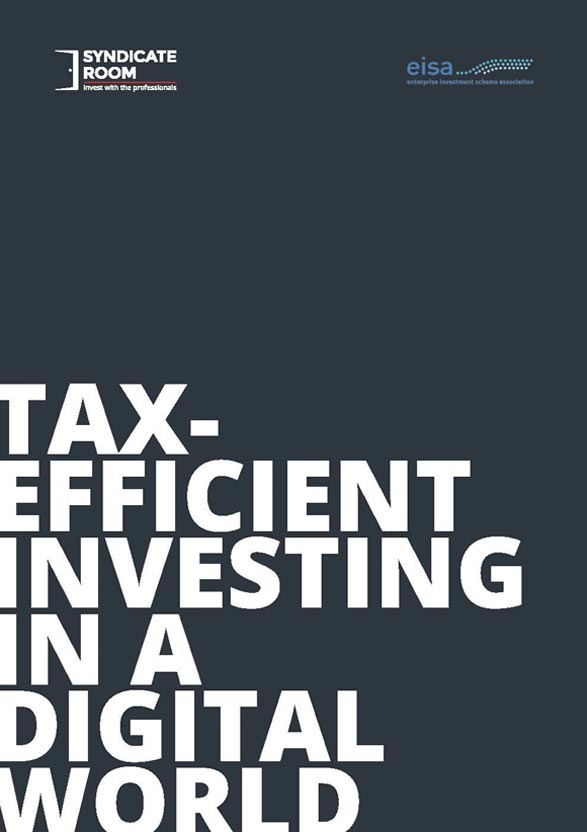 Download your copy of our free guide. Featuring an analysis of UK investor trends, investment case studies and a four-page EIS cheat sheet.

Get your free guide